An angry New Patriotic Party supporter and a serial called Kwabena Nyame boldly Stormed the ongoing Ashanti Regional Congress grounds with eggs and schnapps. His mission was to curse all Constituency executives who Have planned to vote for Chairman Wontumi.

According to TV3’s report, the young man evoked the powerful Antoa nyamaa Shrine against all the executives who have allegedly taken money to endorse Chairman Wontumi for the third time.

Video shared and attached to this article saw Kwabena Nyame standing angrily infront of the executives. While some of them tried to stop him, he resisted.

Kwabena Nyame is part of the disgruntled New Patriotic Party supporters who feels that the plight of serial callers and supporters has been jeopardised or destroyed under Chairman Wontumi.

“Anybody Who looks at Chairman Wontumi and vote for him should be dealt with by the gods. We can’t give our destiny to him again ” Angry Kwabena Nyame could be seen and heard in the video Cursing. 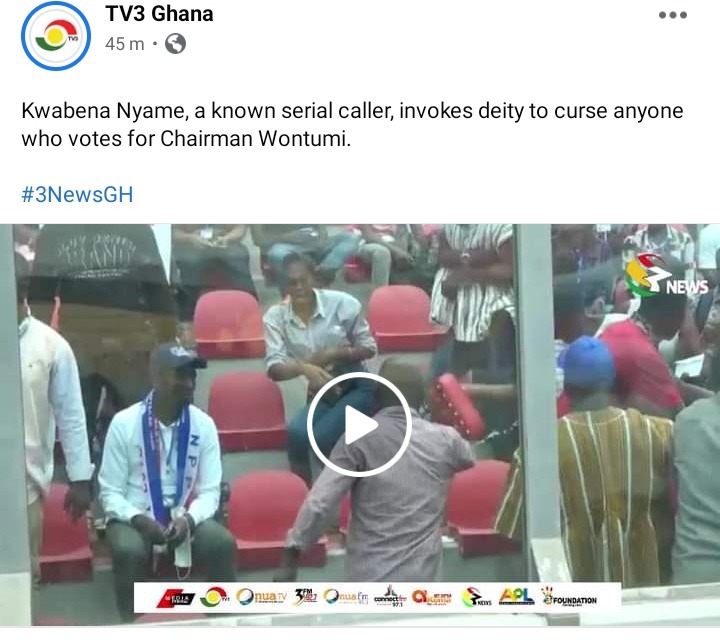