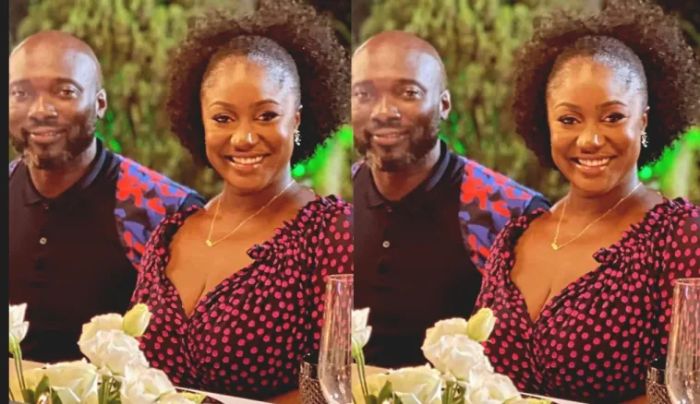 Edwina Akufo -Addo daughter of President Akufo-Addo and her husband has made their first public outing after their marriage.

Daughter of Ghana’s President, Edwina Akufo-Addo and his husband Kwadwo Jumah have stepped out for the first time after their epic wedding.

Back from their honeymoon they were spotted at the restaurant in Accra.

Edwina Akufo-Addo was growing in smiles as he posed for camera from someone who chanced on them at the restaurant.

Kwadwo Jumah was also looking simple and classy in the photo.