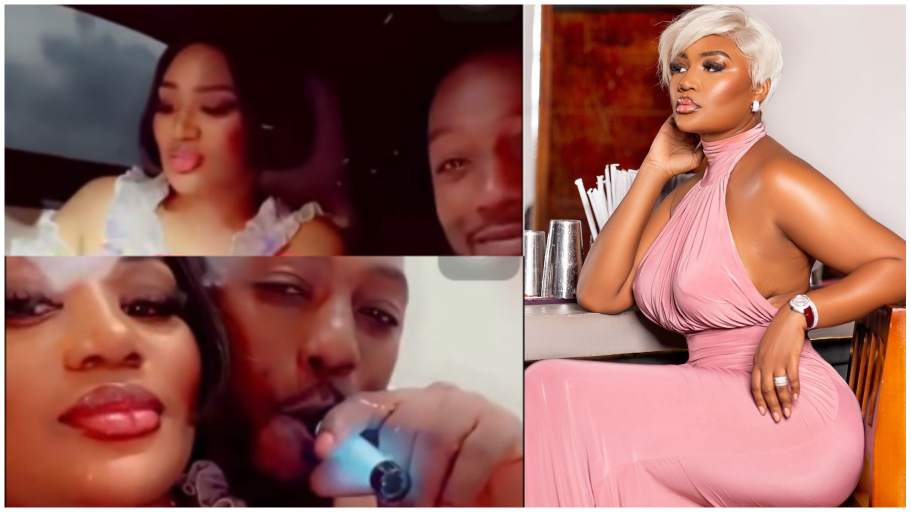 Ghanaian actress and lawyer, Sandra Ankobiah, has gotten social media confused after a video of her sitting in a car with a man was shared widely.

In the video that has since gone viral, the young man was heard asking Sandra to pick any four-wheel-drive of her choice and he will buy it for her.

The lawyer turned socialite smiled without giving a reply, so, the man pushed on and finally made a decision for her saying “I will buy you a Range Rover” but Sandra quickly retorted saying “No! I don’t want a Range Rover.”

The video then moved from the car scene into a room where Sandra sat in front of the mystery man who was smoking an electronic cigarette.

While some have asserted that Sandra Ankobiah and the young man might be close friends, others have brushed that idea off, assuming there may be more to that, looking at how close and comfortable they were in the second part of the video.

This video comes out right after the socialite made waves for marking her 39th birthday in style with a red Maria Lucia Hohan dress which cost a whopping 30,000 cedis.

Sandra decided to mark her birthday celebration with an impactful program for women 50 selected Ghanaian ladies who had a private interaction with some of the country’s established women including Claudia Lumor, DCOP Afia Donkor, Nana Aba Anamoah, Lydia Forson, and Salma Mumin.

The highlight of the event was the red ruffled silk mousseline dress worn by the show-stopper. The ‘lady in red’ gave away her neckline and a little cleavage which has got fans talking