One person arrested with weapon 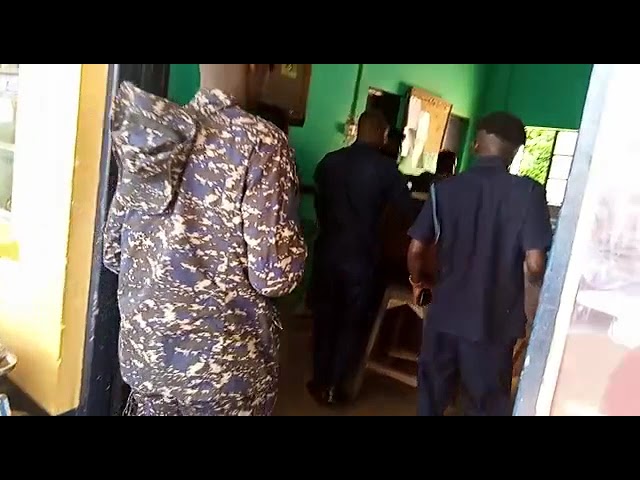 Police in Damongo in the Savannah Region have arrested a man believed to be in his late twenties with a weapon trying to force his way into the venue for the elections.

Narrating the incident to JoyNews, the Public Relations Officer of the Savannah Regional Police Command, Chief Inspector Adjeikum Owusu said the arrest was effected following police intelligence on the ground on some possible attacks by supporters of some of the candidates.

Meanwhile, voting has just began here in Damongo with some 173 delegates voting to elect 10  executives of out of the total number of  21 Candidates vying for the various positions.

The Member of Parliament of Damongo together with the Savannah Regional Regional Minister, Saeed Muhazu Jibriil have called appealed to delegates to elect officers who offer leaders and also protect the party going into the 2024 general elections.

According to them, the elections is household affairs and all the party need  in the region is unity and hard work.

On her part, the Secretary to the elections Committee Chairperson, Perpetual Lomokie, has expressed disappointment on the high  level of disparities in this year’s elections and appealed to the  rank and file of the party to have a rethink on the issue going forward.