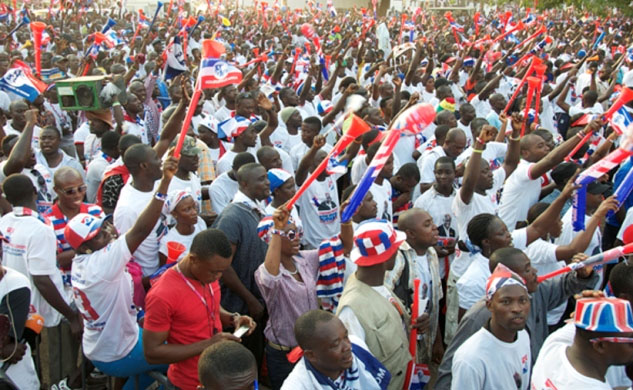 At least eight regions will today commenced the elections of Regional Executives of the ruling New Patriotic Party (NPP) to stear the affairs of the party at the regional level.

Each region is expected to conduct and hold the elections under the supervision of the Electoral Commission of Ghana, per the party’s rules and regulations.

Central Region was sheduled to elect it executives today but report coming in suggests that some five aggrieved members of the party in the Ekumfi constituency who had instituted a court action to stop the party from conducting its Central Region delegates conference to elect regional executives.

Per the affidavit in opposition filed at the Cape Coast High Court and dated May 25, 2022, the applicants are Edward Armah, Ransford Bosomtwe, Albert Ackon, Razak Nurudeen, and Mohammed Iddrisu.

The action is against Robert Kutin, Jnr, the Central Region Chairman of the NPP and five others who constitute the Regional Electoral Committee, charged with the responsibility of organizing the NPP regional elections in the Central Region.

According to the aggrieved members of the NPP, the regional electoral committee, has intentionally and without cause, refused to organize elections for the Ekumfi constituency.

The basic reason for the failure to organize the Ekumfi election according to the applicants, “is to prevent them from being eligible to exercise their franchise in the impending regional elections, giving that votes from the Ekumfi Constituency have always been crucial in deciding who becomes a regional executive of the party in the Central Region”.

They believes that “there is no matter known to them that restrains the electoral committee from holding elections at the Ekumfi constituency and that the committee has conspired with the Electoral Commission directorate in Cape Coast “to deny them of their right to vote in the regional elections”.

The applicants therefore appealed to the High Court to restrain the electoral committee and the Electoral Commission, from “going ahead with the Central Regional elections until the Ekumfi Constituency elections is organized and until the constituency is given a voice in the impending regional elections”.

However, a leading member of the party legal and constitutional committee said evidence available to the committee of the Party points to the fact that virtually all the cases filed in courts across the country by candidates since the party commenced its internal elections, have either been dismissed or referred to the party to use its internal conflict resolution mechanisms to settle same.

According to him, the evidence available to him indicates that aggrieved party members’ decision to head to court at the least provocation i worth the resources, time and energy spent to llitigate.

As part of the rules and regulations approved by the National Council for the conduct of the elections, all individuals who decide to contest for positions in the regional elections will have to exhaust all internal grievance mechanisms and not resort to external means of dispute resolution.

“Any member of the party or aspirant who feels aggrieved at any point in the process SHALL exhaust ALL available internal resolution mechanisms in accordance with Article 4 of the Party Constitution and the decision of the National Appeal Committee on the matter shall be final and binding,” the communiqué signed by Boadu said.