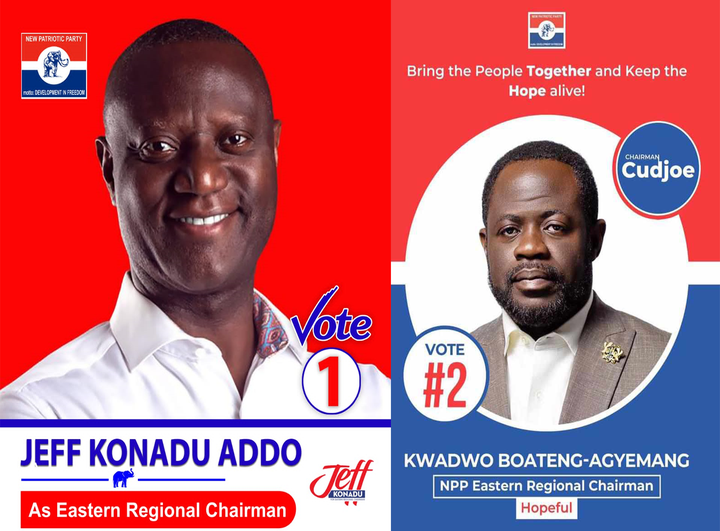 The tension and zeal in becoming the eastern regional chairman for the ruling New Patriotic Party has intensified as the two factions; Grassroots choice and Jubilee House Choice are going all out with massive and dynamic campaign with a day to the election.

Few weeks back, the battle looked easy and cool chop for Mr Jeff Konadu Addo who seeks elevation from the regional secretary to the regional chairman. 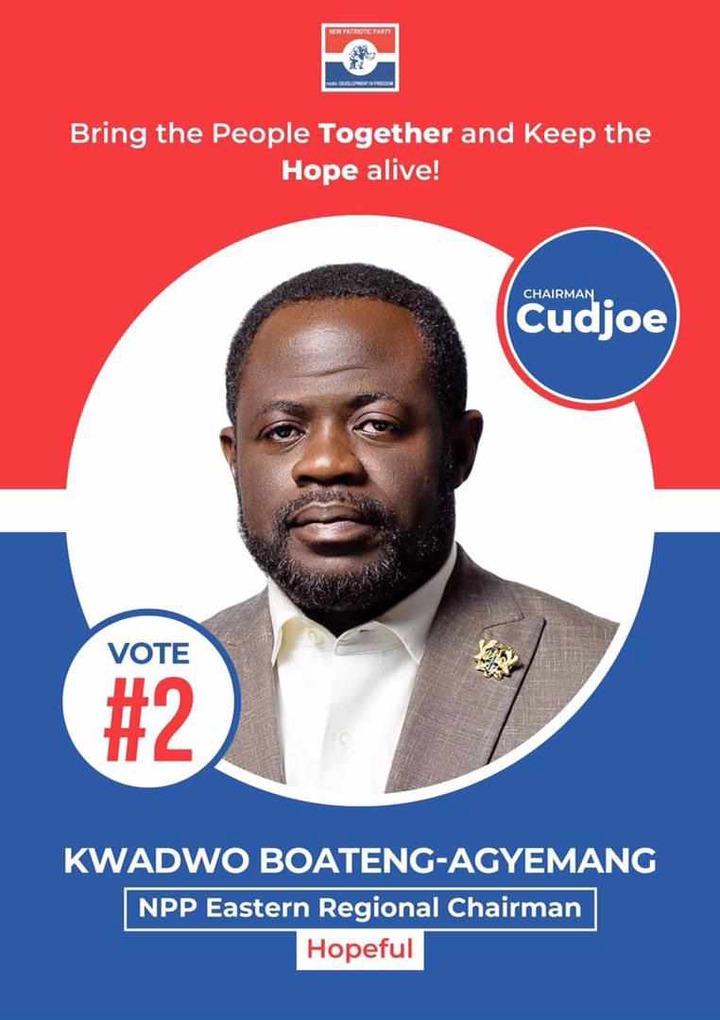 Poised with determination and like his motto, humble, unifier and servant leader, Mr Jeff Konadu Addo entered the race with competence and experience to lead the elephant party in the inarguably the second home of the New Patriotic Party, after Ashanti region.

However, another equally experienced personality, Kwadwo Boateng Agyemang, who felt he could do better as a regional chairman resigned as a constituency chairman to give Mr Jeff Konadu a heat up in the election.

While many tout Chairman Cudjoe as the Jubilee House choice, others also ascribe Mr Jeff Konadu Addo as the grassroots choice. 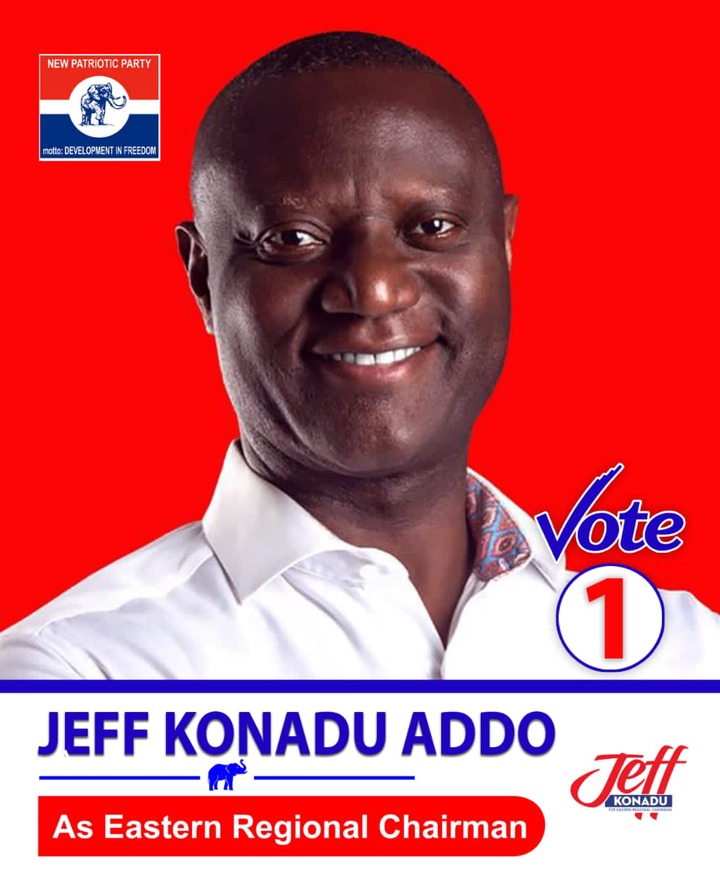 The New Patriotic party sets 27th May 2022 and 28th May 2022 to hold its regional elections as to elect leaders to steer the affairs of the party to tackle 2024 general election; to break the 8.

So who is who? Grassroots or Jubilee House? Let your comments flow in the comments box below: