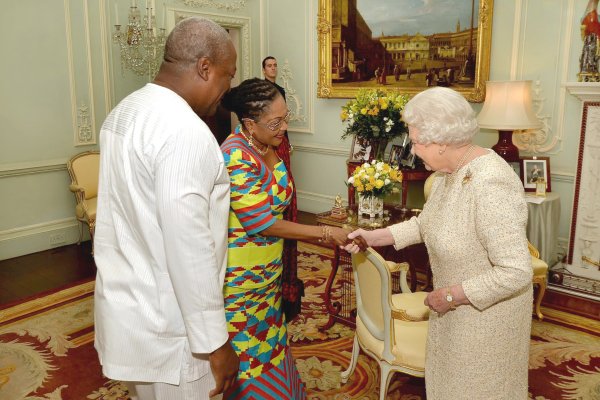 Accra, May 27, GNA – Former President John Dramani Mahama has extended his heartiest congratulations to Queen Elizabeth II of the United Kingdom and Head of the Commonwealth, on the occasion of her Platinum Jubilee (70th Anniversary).
The former President, in a statement, said the Queen was also the longest reigning monarch in the over 1,000 years of the British Monarchy.
He said for 70 years, Queen Elizabeth had been an exemplary global stateswoman, carrying herself with unparalleled dignity and grace.
Former President Mahama noted that she had embodied in all those years the proud heritage and traditions of the British people to the admiration of the world.
She had been a constant inspiration as leader of the Commonwealth in the face of monumental global challenges over the decades that she had been at the helm.
“As the people of the United Kingdom and members of the Commonwealth mark the occasion of the 70th anniversary of her ascension to the throne, my wife, Lordina, and I join the people of Ghana and well-wishers across the globe to offer Her Majesty our warmest congratulations and best wishes for her continued good health”.