I am proud my coming out inspired others 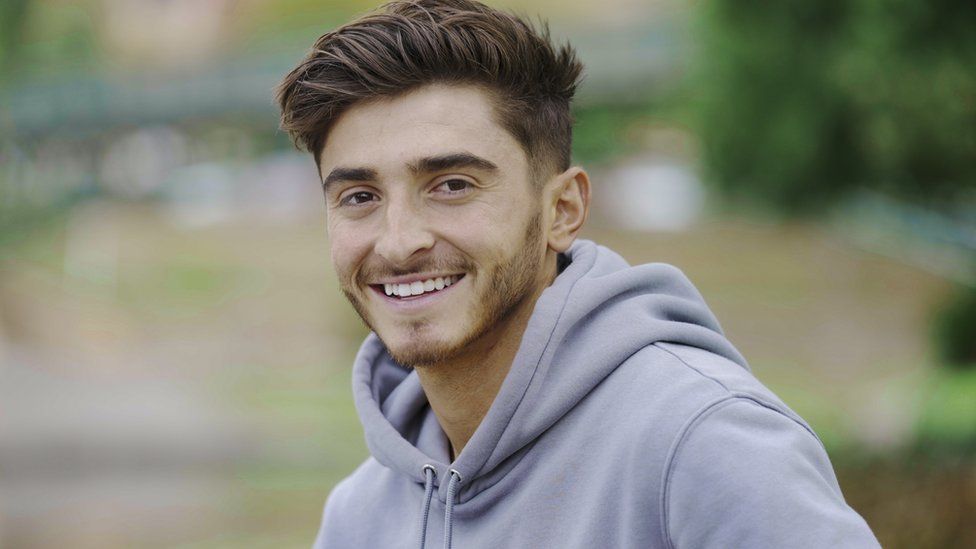 These past few months have been an extraordinary time for Josh Cavallo.

Last year, the 22-year-old Adelaide United footballer posted a video online and made an announcement that changed his life: “I’m a footballer and I’m gay.”

He became the only current top-flight male professional footballer in the world to come out as gay.

“It was raw emotion, I wanted people to see how I felt”, he tells me when we meet in Adelaide.

“I never thought… there would be a day that came and I said, ‘I’m Josh Cavallo, a footballer and I’m gay.’”

Nowadays, he looks like a very different person from the one in the video. He is beaming.

One of the very first things he mentions is how happy he was about inspiring Jake Daniels, the 17-year-old Blackpool footballer, to come out.

“To know that I’ve influenced someone in such a small space of time, it’s phenomenal.”

Last week, Jake Daniels became the first British professional male footballer to come out in more than 30 years. He said that Josh was his inspiration. Nowadays, the two speak frequently.

“My main advice to him is to embrace who you are, and just enjoy it. Mate, you’ve opened a new chapter, this is your new life, so go out there and live it. I’m very excited for the both of us. We’re only at the start of our career.”

“It is a work in progress and it’s not always going to be happy days. There are going to be days that are quite gloomy as well. But he’s prepared for that,” Josh says.

The turning point that made Josh want to speak out was after he won Young Player of the Year in his first season with Adelaide United. He tells me something wasn’t right.

“When I received that award, I was emotionally quite sad, but on the outside I looked happy. And I wanted to change that,” he says.

“I went through all my youth career and started my professional career in the closet. And that’s acting 24/7. It’s constant lies and the pressure of also being professional football on top of that.”

He says he was overwhelmed by the reaction to his coming out.

“To see the tweets from Lil Nas X or Ellen DeGeneres or all the big Premier League clubs… [Liverpool manager] Jurgen Klopp was talking about it as well. It’s really nice to see,” he tells me, smiling.

He was particularly touched when he received messages from people around the world telling him how he’s helped them.

“If I open my phone now, I’ll see in my message requests of mums, of dads, of boys, of girls, of grandparents. People that have said: ‘You helped my uncle… or you’ve helped my daughter come out… now they’re so much happier’,” he adds.

The Adelaide fans have embraced him. Since coming out, he tells me he’s become more confident on the pitch.

“I honestly felt like there was a ton of bricks that just came off my shoulders. And it was just an amazing feeling,” he says.

But it has not always been easy. Josh tells me he still has to deal with negative comments.

“There are games where I have been booed before, I have heard something that’s quite homophobic and it does hurt me. Not everyone’s going to love you for who you are, I take it in my stride,” he says.

Josh says he’s been approached by many athletes around the world.

“From water polo to track and field sports, to football to AFL in Australia, a lot of athletes have reached out to me… Some people are ready to come out and some people just want to ask questions,” he says.

Few male football players have come out as gay during their careers. This makes both Josh Cavallo’s and Jake Daniels’ announcements hugely significant.

“I struggled to find someone to look up to… [and say]: ‘Oh, he’s successful, and he’s gay, and he plays football.’ That’s something I didn’t have growing up,” Josh says.

“I want the kids that are growing up now and identifying themselves as gay not to turn away from the sport. Because I would hate to hear that the next Messi or Ronaldo is gay, and turns away from football,” he adds.

Josh tells me he hopes that in a few years, footballers like him and Jake Daniels coming out as gay during their career won’t be so unusual. But he also acknowledges what a pivotal moment this is.

“I’m just really proud of myself and that I can help people change their lives for the better.”