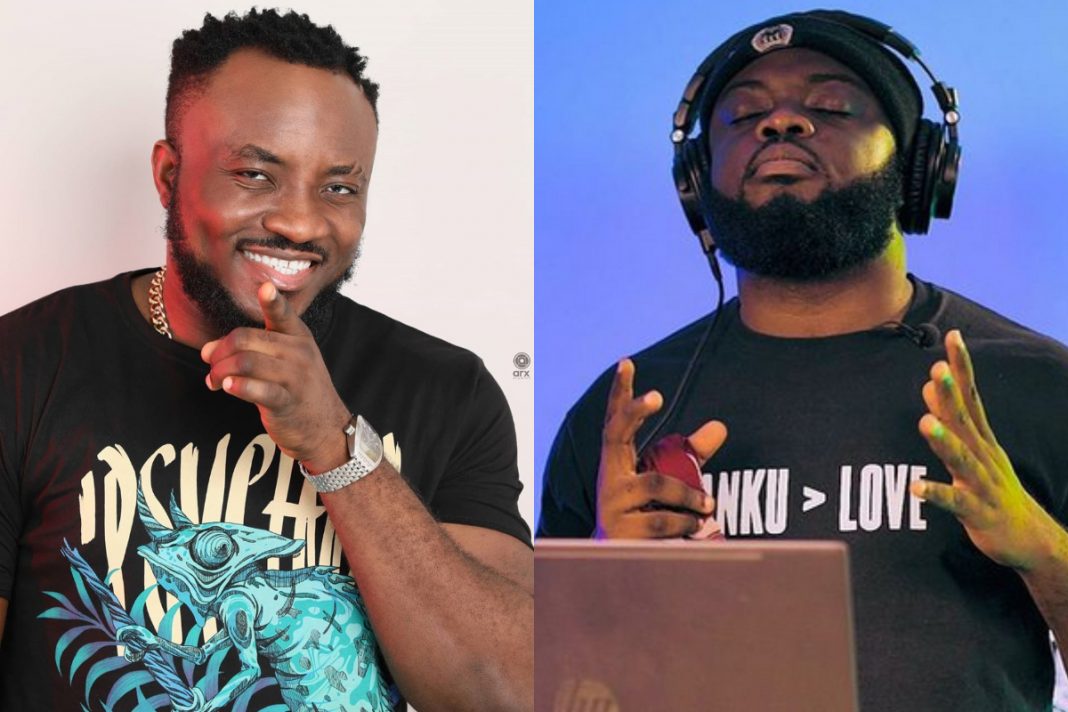 Controversial Ghanaian content creator, Kwadwo Sheldon has once again poked the nest of the comedian, Derrick Kobina Bonney, well known as DKB saying he is not as funny as he presumes.

READ ALSO: “I Value You Too Much To Present Just Anything To You”-Gyakie Assures Fans Of ‘Something Nice’

Speaking in a yet-to-be-premiered episode of United TV’s “Atuu” segment with Gilbert Abeiku Aggrey Santana, Kwadwo Sheldon reaffirmed his claims that the self-acclaimed comedian has never been as hilarious and jovial as he claims he is.

It would be recalled that the two were engaged in social media banter following Sheldon’s controversial comment about DKB. The comedian retaliated against the attacks by verbally abusing Sheldon on social media but the latter came back stronger with more harsh words to berate DKB.

Well, Kwadwo Sheldon has stated that DKB has never been funny since the beginning of his career and will never be funny, hence if he feels offended by these submissions, he might as well meet him at a boxing ring for their scores to be settled.

Away from that, Ghanaian actress and socialite, Andrea Owusu, widely known as Efia Odo has taken to her social media to berate the President of Ghana, Nana Addo Dankwa Akufo Addo over his recent comments about the recent floods in Accra.

According to Efia Odo, it was unreasonable for the president to say that the government of Ghana has no funds allocated to creating a functional system to curb the level of flooding conditions recorded in Accra and some parts of the country.

She lamented that the President has funds to sponsor his luxurious lifestyle like showering in private jets, yet has no funds or resources to cushion the lives of the average citizens in the country.

She wrote; Imagine a whole President of Ghana saying that there aren’t any available funds to create a functioning system that will eradicate floods,but he has funds to shower in private jets. I guess his luxurious lifestyle is more important than helping Ghanaians