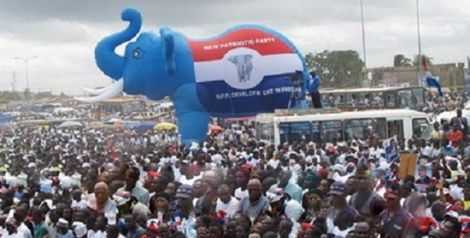 The Central Regional Branch of the New Patriotic Party (NPP) has had its Regional Delegates Conference postponed due to a pending motion on notice for an interlocutory injunction filed at the Cape Coast High Court.

The conference was originally scheduled to place at Dunkwa-on-Offin this weekend.

A statement signed by Mr Robert K Kutin Jnr, the Regional Chairman of the Party, and copied to the Ghana News Agency (GNA) in Cape Coast, said the party on Thursday, May 26, received an interlocutory injunction restraining it from holding, conducting, convening organising the elections.

Also, the suit has stopped it from transmitting any result to the Party National Office until the final determination of the suit.