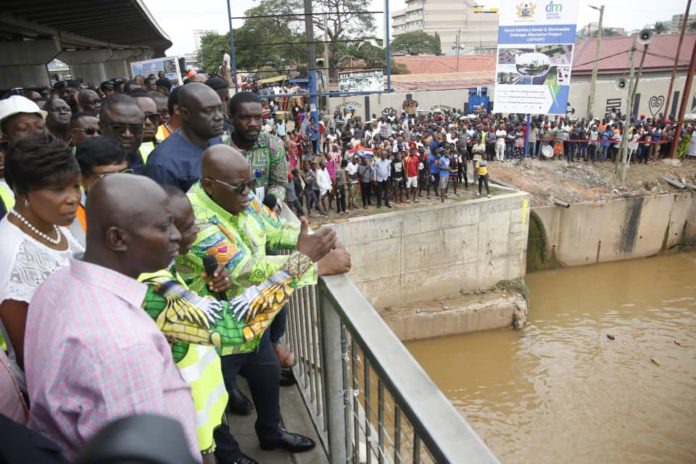 The progress made in the field of technology by scientists around the world over the last century is nothing short of a miracle. Today, the world’s societies have been made better and safer by these technological advancements. However, natural disasters continue to leave ugly scars on the beautiful faces of technology and science as a whole. Till date, the Haitian people are yet to recover from the deadly earthquake that struck the region in 2010. In Europe, flooding accounted for about 41 percent of all weather related disasters between 2001 and 2020 while the people of the United States of America still grieve the 12000 lives lost to the tropical cyclone that racked Galveston, Texas in 1900. It is therefore an established fact that natural disasters can hit anywhere on earth at any given time even in the face of the world’s most sophisticated technology.

One mark of any serious leadership however, is the ability to prepare for and respond appropriately to the unfortunate. Governments around the world therefore invest huge chunks of their countries’ revenue towards the prevention and response to the unfortunate incidents that may happen. In Europe, the building of waterways and other drainage systems is not toyed with because floods continue to terrorize them seasonally. The United States of America’s Fire and rescue service is one of the most if not the most equipped response service in the world. 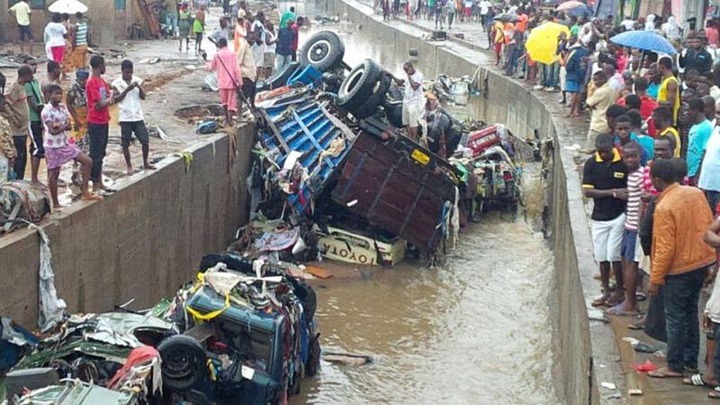 Unfortunately, the Ghanaian government certainly has other priorities. While other leaders around the world invest billions in the safety and well-being of their citizenry, leaders of the West African country would rather invest in the building of cathedrals, the hiring and total dependence on Asian power ships and the creation of corruption enabling avenues. Since the departure of the Queen’s fleet from the sub-Sahara African country, the nation has been and continues to be terrorized by floods at every turn. The country’s first president started what could be described as Africa’s most futuristic city at Tema, a suburb of the country’s capital city, Accra. Within Tema, Osagyeo Dr. Kwame Nkrumah executed what till date, remains the most accurate drainage system in the entire country.

Unfortunately, Ghana has since the ousting of Kwame Nkrumah in a coup d’ etat in 1966, not been blessed with a leader with half the vision of the late Pan African legend. Every democratically elected president, military junta and ceremonial president who has been fortunate enough to climb to the highest office of the land, quickly forgets about the woes of the ordinary Ghanaian. Flooding, an age old problem of the ordinary Ghanaian, a disaster that has claimed and continue to claim innocent Ghanaian lives, is left unchecked. June 3rd 2015 will be remembered as one of the saddest days even in the darkest histories of the Ghanaian people due to the horrid events that were caused by floods. The lives and property that was lost on that faithful day, should humble every Ghanaian and teach the country’s leadership to rise to the occasion gallantly. Sadly, all the horror of June 3rd could do to the average Ghanaian was to embolden us to litter even more and to the average Ghanaian leader, to blame it on nature and continue diversifying funds for personal use. 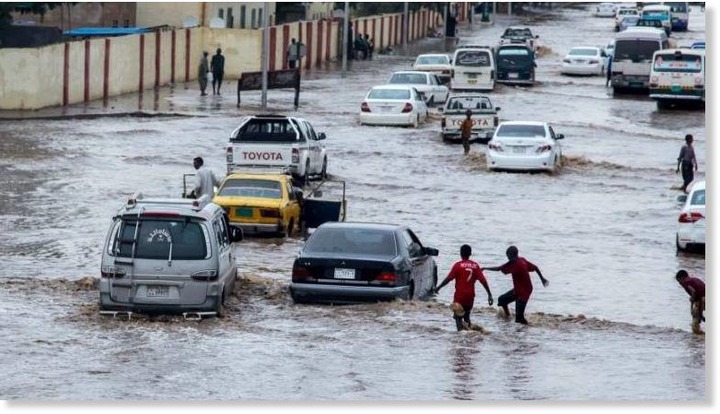 Despite the existence of a town planning department in conformity with the laws of Ghana, powerful individual still build right in the middle of water ways. As I always put it, the Ghanaian “culture of silence” or perhaps “legal apathy” continues to eat away at the very moral fabric of our society. A critical look at the records within the country’s legal system will reveal how hard it is to find a Ghanaian who sues another Ghanaian for either building within a water way or obstructing the natural course of water. Everyone therefore continues to “mind their own business” until one man’s “business” becomes everyone’s business during the rainy season.

Another disgusting attitude of the average Ghanaian is the dumping of refuse in our water bodies. What more could be said about this shameful act?

As dangerous as the aforementioned attitudes may be however, none of them match the blatant refusal of the country’s leadership to construct good drainage systems. The country’s leadership seem to have no clue whatsoever when it comes to drainage and would rather opt for the cheapest option whenever faced with a flood prevention related issue. Ghana’s roads, trenches and other drainage systems, are among the cheapest even on the African continent yet have the most inflated costs attached to them. 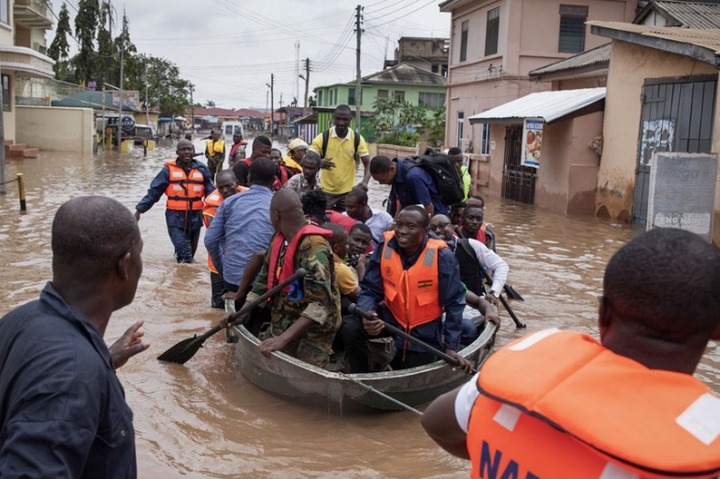 While we cry for the enactment of new legislation to help curb flooding however, we must also be mindful of the fact that Ghana’s problem has never been the unavailability of legislation but the lack of enforcement for those laws. It is no secret that the enforcement of such legislation only go as far as the poor widow and the lonely orphan but never the MMDCE’s “side-chick.” For the entire nation of Ghana to check flooding therefore, a collective effort led by a president who is sensitive enough to put Ghanaian lives and livelihood first, must be encouraged. Until then, we as the people of the country closest to the very center of the world must brace ourselves for more floods.

Content created and supplied by: TsaliG (via Opera
News )