I got my numbers wrong; I apologise 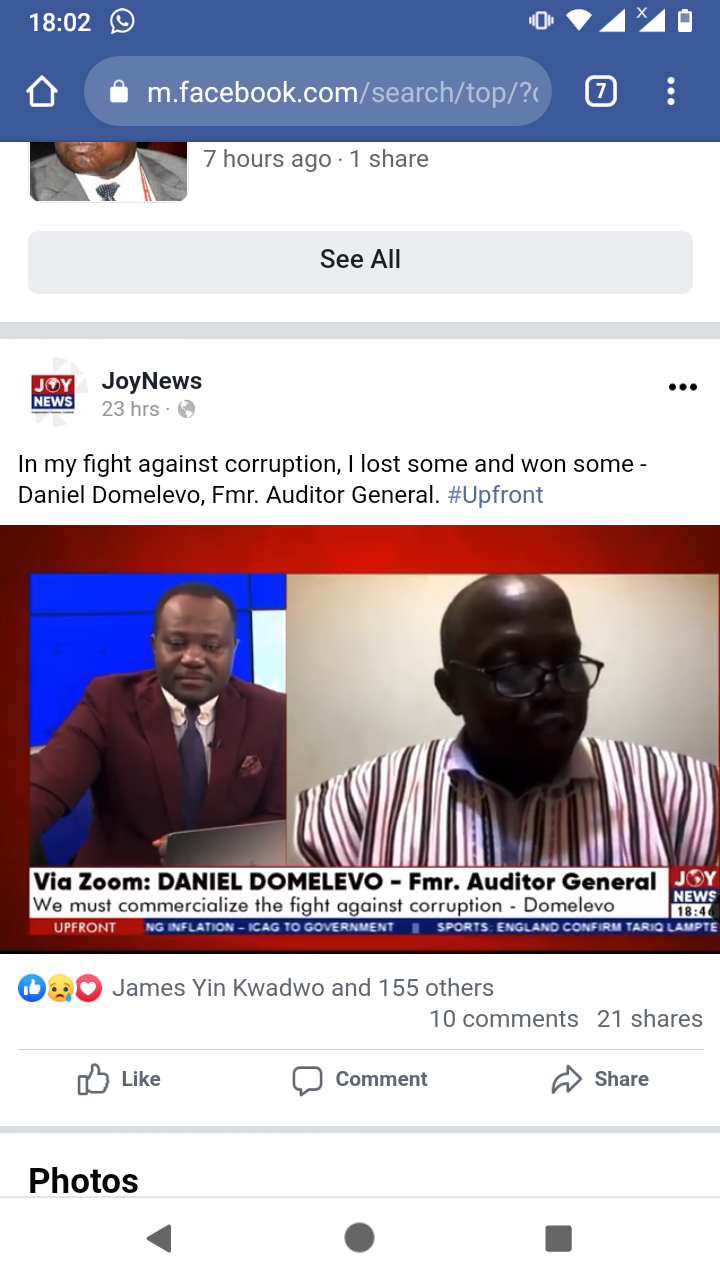 Readers can recall how a former Auditor General was usually in the news for disallowing huge monies and how he made various efforts to save some for the country. He was later asked to proceed on leave and eventually replaced. He was interviewed by a JoyNews Journalist on Thursday 26th May 2022 to provide his opinions on recent happenings in Ghana. When former Auditor General Daniel Domelovo was asked by Joy News Journalist if he won the fight against corruption, his answer was shocking. He explained that, in his fight against corruption, he lost some and won some. He recounted how he made some success stories when he was able to disallow some 5.4 billion Ghana Cedis and recover some of the money. He added that he lost some of the fights against corruption because corruption fought him back. The Former Attorney General mentioned that due to his fights against corruption, he was asked to proceed on leave and his successor passed a transaction that he had issues with.

Kindly share your opinions on what the former Auditor General said about how corruption fought him back. Do you think anyone can stop corruption in Ghana? Kindly drop your comments in the below comment box.

Please watch the video on: https://fb.watch/dfkgwokIxp/

I got my numbers wrong; I apologise

How Students Can Prepare For WASSCE 2023

The Verbal Assault by a Nurse by Opoku-Mensah: Looking at Some Fatherhood Issues Therein