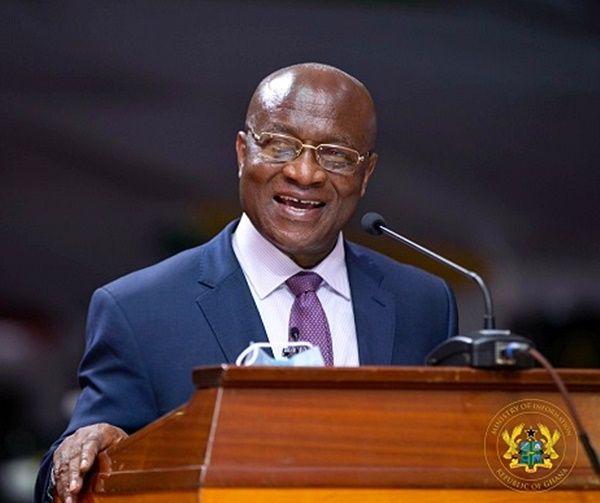 Majority Leader and Minister for Parliamentary Affairs has sent his well-wishes to all the candidates contesting the Ashanti Regional Chairman position of the New Patriotic Party.

The New Patroitic Party (NPP) will from Friday, May 27 to Sunday, May 29, 2022 hold its Regional elections across all the 16 Regions of the country to elect Regional executives.

Speaking in an interview with Kumasi-based radio station, Fox 97.9FM, ahead of the Regional elections and dwelling on the Ashanti Regional elections, Hon. Osei Kyei-Mensah Bonsu was asked to pitch for his favorite candidate.

In his submissions, he stated emphatically that all the aspirants are his favorites explaining he has a close and solid relationship with them, hence subtly avoiding the temptation to pick one for the delegates.

All these candidates have well-served the party in their various capacities, thus the Ashanti Regional election is anticipated to be a tight contest.

As an experienced Member of Parliament and a leading member of the NPP, Hon. Osei Kyei-Mensah Bonsu noted that each of the candidates stand a good chance of winning the contest.

“Some people say Chairman Wontumi has done eight years, having practiced with the system, he has the foresight for what we have to transform and lead us because he is in the room and knows our shortcomings, therefore can help us to move forward. Some people also say it appears his energy has waned, so we should look for a fresh blood to continue his reign.

“A fresh blood like Odeneho Kwaku Appiah, some people are rooting for him. Others also say he (Chairman Wontumi) has done his part and if we want to change him, then we should search for an elderly person like Asare Bediako who is the Chairman of Asokwa for a long time, another person is Owusu Aduomi who is the Ejisu MP; very experienced Member of Parliament…All these nine people are my friends…I’m in good terms with all of them. I know their strengths and as they are campaigning, what I will tell them is they should sell what their capabilities”, he said.

Although he was fascinated by the hardwork of Chairman Wontumi as he stated that “he (Wontumi) did a lot to revive the grassroots and has seen the party win two successive elections”, the Majority Leader however made it crystal clear that no one person is better than the other, as a result, wishing for the best candidate to win the elections.

“All of them have their pluses and, as human as they are, they have their minuses too. So, people should weigh them and make their choice”, he emphasized.