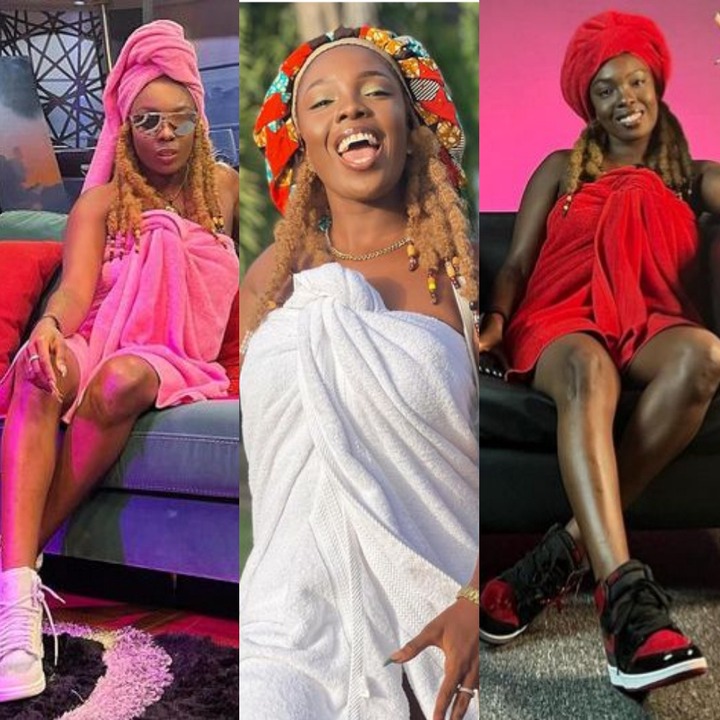 Indeed the popular Ghanaian Artist Feli Nuna is doing the most. I will be sharing with you some photos of her as she rocks massively in different towels.

Felicia Nuna Akosua Tawiah widely known in the entertainment industry as Feli Nuna is a popular Ghanaian rapper, singer, songwriter, and director who doubles up as a producer. She is known to be one of the talented and beautiful female celebrities in Ghana 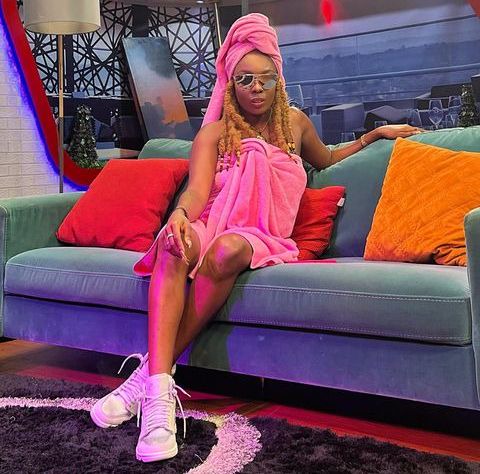 The talented and famous artist Feli Nuna is famous for her versatility in singing as she can handle hip hop, rap, riddim, and Afro-pop with which she is mainly associated. Feli Nuna is celebrated today not for only her unique talent but also for the hit songs she always releases.

During her days with Lynx entertainment, the award-winning artist Feli Nuna released her hit song ‘Ghana Girl Swag’. Aside from that, the artist has released a lot of songs ‘Gelaway’, ‘Dream’, ‘Me and You’, ‘Edzoleme’, ‘Love Me Now’, and many others. 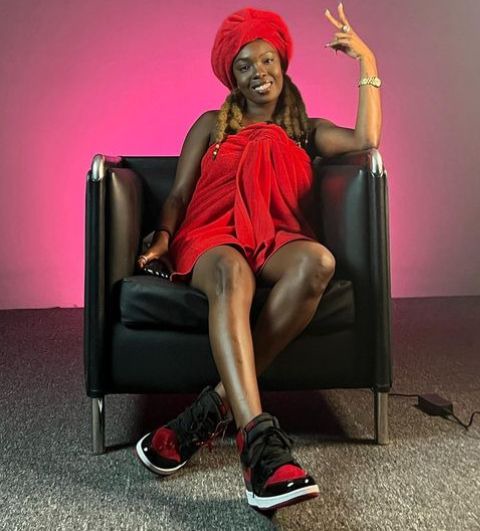 The award-winning female artist Feli Nuna is loved by a lot of people due to her sense of humor. Currently the famous and talented artist Feli Nuna is making waves everywhere with her new single titled “towel”. Due to her new song, the artist is always seen rocking massively in different towels.

I have gathered some photos of her in different colored towels and so without wasting much time, let’s check out these photos of Feli Nuna slaying in towels

Content created and supplied by: Gyminy (via Opera
News )