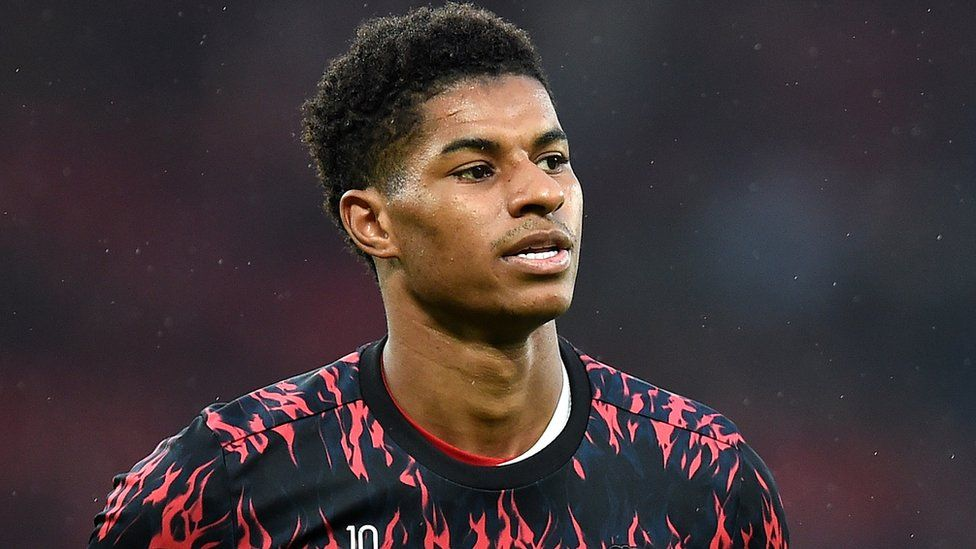 England footballer Marcus Rashford has won book of the year at the British Book Awards for his non-fiction debut.

You Are A Champion, which is intended to inspire young people, was chosen from the 12 individual category winners during the ceremony.

Rashford was named the winner at the event – nicknamed The Nibbies – at Grosvenor House in London.

Rashford’s book, written with journalist Carl Anka, offers advice on how to achieve your potential and find success.

In a pre-recorded message, Rashford said: “Every child should pick up the book and believe that I wrote it for them.

“I want to give a huge thanks to [publisher] MacMillan for believing in me and believing in the process, and a big thanks to Carl as well because he played a massive role in the book being completed. Without him it wouldn’t have been able to run so smoothly.

“The reason I made the book and the purpose of the book was to give kids the opportunity that I never had but as I got older it is something that is really important.

He continued: “I think the way that the book has been perceived and the reception it has got and the actual words that I have heard from a lot of the kids – they have taken different stuff from the book, which is what I intended to do.

“I am really happy with it and hopefully it shows that if we can get books in the hands of children, it allows them to dream and believe in whatever they want to achieve in life.”

The book held off competition from The Lyrics by Sir Paul McCartney, which was the winner in the non-fiction lifestyle category, and Sorrow and Bliss by Meg Mason, which won the fiction prize.

The work was praised by a panel of judges that included broadcaster Gabby Logan, associate editor of books for The Observer New Review, Lisa O’Kelly, and Nigerian-born short story and novel writer Irenosen Okojie.

Logan said: “Marcus Rashford wanted a book to inspire a generation of kids who are often hard to reach and for whom books might not have been a big part of their childhood. He and his publisher have succeeded spectacularly.

“The campaign to get his book into the right young hands was focused and brilliant, and sales of over 200,000 copies are testament to this. The messaging of You Are A Champion is wholesome and positive and another brilliant example of the legacy that Marcus is sure to leave behind when his playing days are long gone.”

Also at the ceremony, comedian Sir Billy Connolly was named the winner of non-fiction audiobook of the year for the recording of his memoir, Windswept & Interesting.

Irish writer Marian Keyes took took home the prize for author of the year, with organisers noting her “expert storytelling, incredible warmth of heart, and significant contributions to the publishing industry over three decades of writing”.

Elsewhere, Dapo Adeola was named illustrator of the year for his “empowering impact on the book world, working tirelessly to represent black communities while demystifying the industry for aspiring illustrators”.

Empireland: How Imperialism Has Shaped Modern Britain by journalist and author Sathnam Sanghera was awarded the non-fiction narrative book of the year prize.