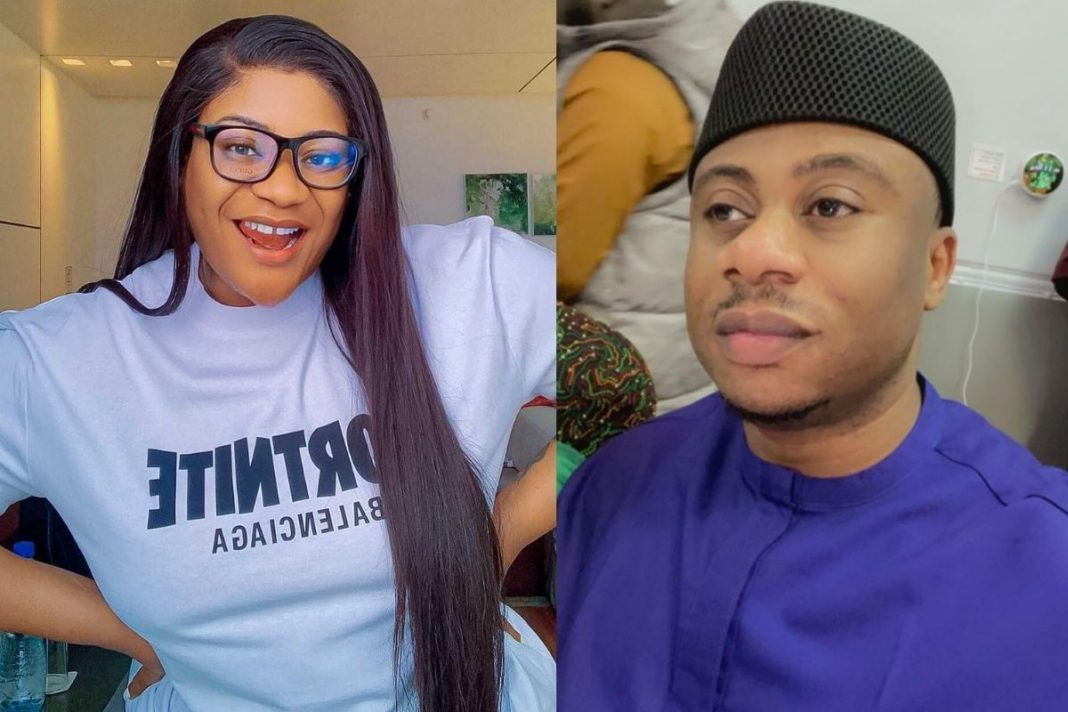 Nollywood actress Nkechi Blessing’s ex-lover, Opeyemi Falegan, has chastised her for peddling lies in her recent post on social media.

We reported earlier that on May 23rd, Nkechi Blessing said she has been given a one million naira monthly allowance by an unidentified fan who has declined to give his identity.

In response, respectable Falegan chastised her in a now-deleted post, accusing her of lying, alleging that many people date for survival.

Opeyemi Falegan called the actress “cloutina,” implying that she would say anything to stay in the spotlight.

“Most of you actually date for survival and not love. Lie lie lie everywhere. Lol Lol. Cloutina will say any rubbish to remain relevant. Always sounding hungry. Oma se ooo. Thank God, I dodged that bu*let.”

Meanwhile, Benito, the son of Abdulrasheed Bello popularly called JJC Skillz who is the husband of Nollywood actress, Funke Akindele has revealed the current state of his father’s marriage.

Benito made this revelation during an Instagram live video after a fan inquired if his father and Funke Akindele are presently on good terms.

In response, Benito remarked that there is tension between Funke and her husband. JJC Skillz and Funke, he continued, have both cheated and are fighting one other.

Benito also stated that they are no longer living together.

He claims that he is weary of their lies and that anyone on their team should be able to speak the truth about their union.

Benito further dissociated himself from them by declaring that he no longer cares about or has anything to do with them.

Reacting to his revelations, one @oakasq on Instagram wrote; ‘The fact you said this doesn’t make it the TRUTH; you lived with them doesn’t mean what you say about them it’s the truth, grow up boy and stop speaking your mom’s fabricated stories to tarnish Funke Akindele and eventually make her separate from her husband.