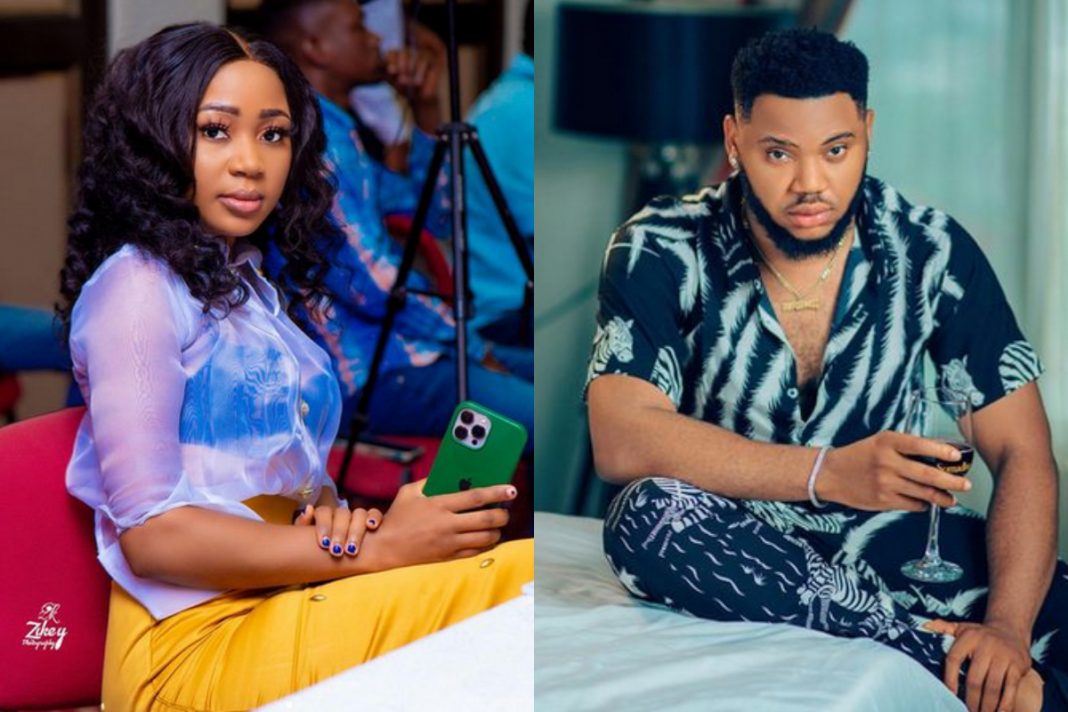 Ghanaian actress, Akuapem Poloo has debunked claims of ever having an intimate relationship with Adinma Somadina who happens to be the ex-boyfriend of the Nigerian actress, Regina Daniels.

This comes after the two showered each other with so much love on social media. Their sudden chemistry sparked mixed reactions on social media with a lot of people presuming they are seeing each other secretly.

Speaking with the lifestyle & celebrity blogger, Zionfelix on the Uncut Show, Akuapem Poloo stated that she never dated the Nigerian socialite and all they did on social media were just to grab the public’s attention.

She said that Somadina sent the video to her inquiring if indeed she was the one in the viral video. Poloo mentioned that she has never met Somadina in real life but her enemies had already tarnished her image to him because they thought she was secretly seeing the guy.

In other news, Ghanaian Highlife singer, Kaakyire Kwame Fosu has stated that the highlife music genre lacks the support and promotions it requires to project its name to the global music market.

In an interview with Abeiku Santana on UTV’s “Atuu” segment, KK Fosu stated that most young talents feel skittish to venture into the highlife music genre because they presume the genre is outmoded and they lack the wisdom to do so.

He stated that the likes of him, Kofi Nti, and Ofori Amponsah stood firm and took over from their predecessors to promote the highlife music genre during their era but unfortunately, the new crop of musicians have failed to replicate the same thing during their era.

The self-acclaimed vocal god stated that the new school has blended the highlife genre with western genres like Afrobeats which to him, makes a lot of sense and still promotes the genre in a different way.