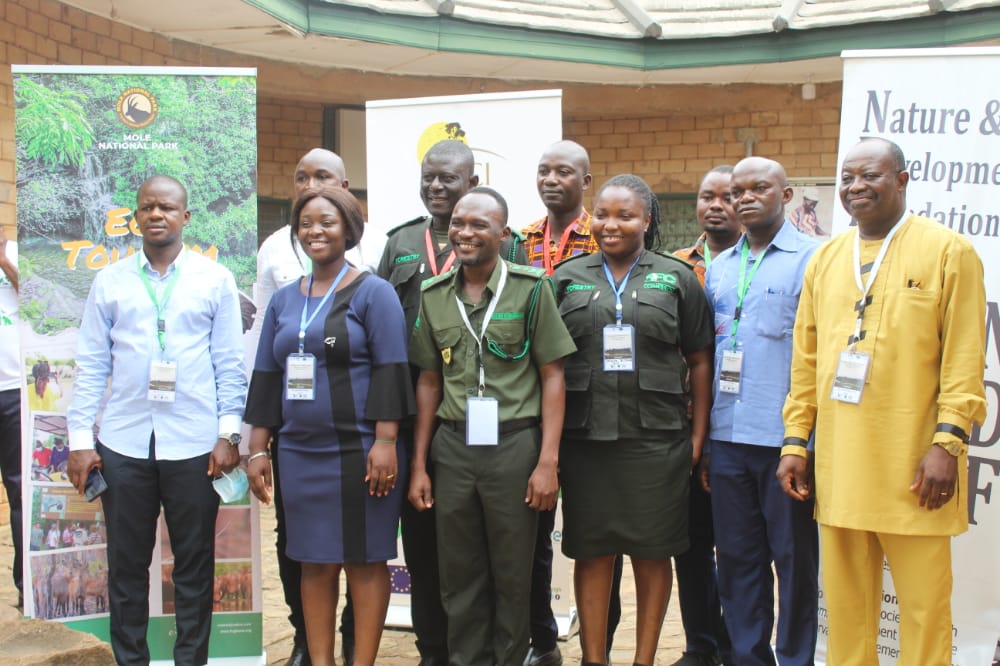 Managers of the Mole national park, Nazinga Park and Comoe Park in Côte d’Ivoire have met to discuss the transboundary movement of wildlife.

The two-day meeting at Mole was organised by NDF and the Ghana Wildlife Society was part of the European Union-funded Savannah Integrated Biodiversity Conservation Initiative.

The Manager of the Mole National Park, Ali Mahama expressed his delight at the linkage that the Park has established with parks in Burkina Faso and Côte d’Ivoire.

Speaking to Citi News, Mr. Mahama said the initiative will protect wildlife, especially elephants that move in corridors between the parks and enhance the wildlife experience.

“We at Mole are excited about this initiative because we are now connected to Nazinga and Mole. We have never met physically until now and the experiences shared, the plans to work together to protect the corridors, are very important for our work.”

The unimpeded movement of species and the flow of natural processes that sustain life is a cornerstone of conservation science and practice.

Protected areas such as the Mole National Park have long been the primary focus of conservation.

However, currently, it is widely understood that isolated reserves will not be sufficient to sustain some species and communities in the face of combined threats of climate change, habitat loss and fragmentation.

Corridors are therefore necessary to facilitate movement among populations.

Mole National Park has corridors that connect to parks in Burkina Faso and La Côte d’Ivoire.

The European Union-funded Savannah Integrated Biodiversity Conservation Initiative, SIBCI project is formulating complementary management plans that will safeguard the corridors between the Mole-Comoe and Mole-Nazinga parks that will facilitate the movement of populations to buffer effects from local extinction processes.

To this end, a two-day trans boundary meeting was organised in Mole by Nature and Development Foundation and Ghana Wildlife Society for the SIBCI partners and managers of The Mole, Nazinga and Comoe parks in Mole.

Participants discussed how to establish stronger sectorial and transboundary collaboration towards sustainable management of the Mole-Comoe and Mole-Nazinga corridors and connectivity between MNP and the corridors.

Speaking to Citi News, the Executive Director of the Ghana Wildlife Society Rev David Guba Kpelle, said the need for the three countries on the Mole corridors cannot be over-emphasised.

“The issue of transboundary elephant corridors is very important in the sense that elephants that move between Mole National Park and Nazinga do not only belong to Mole, but also use natural resources of both places. So the two countries have to work together to protect them. That is why we met here.”

“There are also different ways these three parks manage wildlife, so sharing experiences with each other gives an opportunity for improvements, and it will help Mole attract more tourists because the animal population will grow which means more resources for Ghana.”