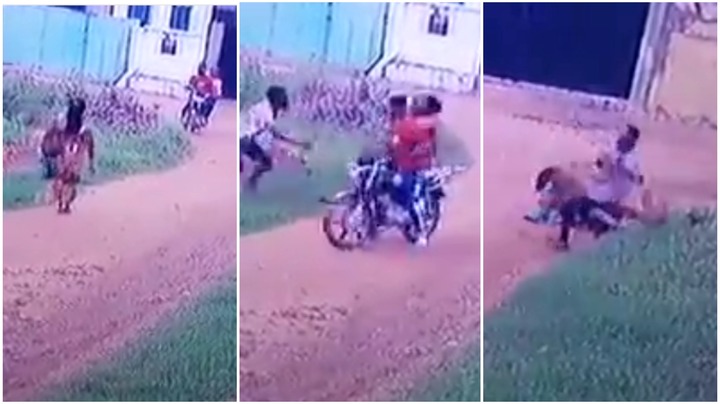 The Police has arrested a robbery suspect in connection with a daylight robbery in Dansoman, Accra.

In a video gone viral on social media, a woman who is seen holding a hand bag and heading towards her destination got robbed by two guys on a motorbike.

The Police after carrying out an intelligence led operation has arrested a young man who is suspected to be in connection with the robbery.

Also, another suspect is currently being pursued by the Police.

The Police has assured the public that they will get the other suspect to face justice.

A special anti-robbery squad has carried out an intelligence-led operation, in which a robbery suspect was arrested while one other is currently being pursued for a daylight street robbery at Dansoman.

We want to assure the public that we shall get the other suspect to face justice.” 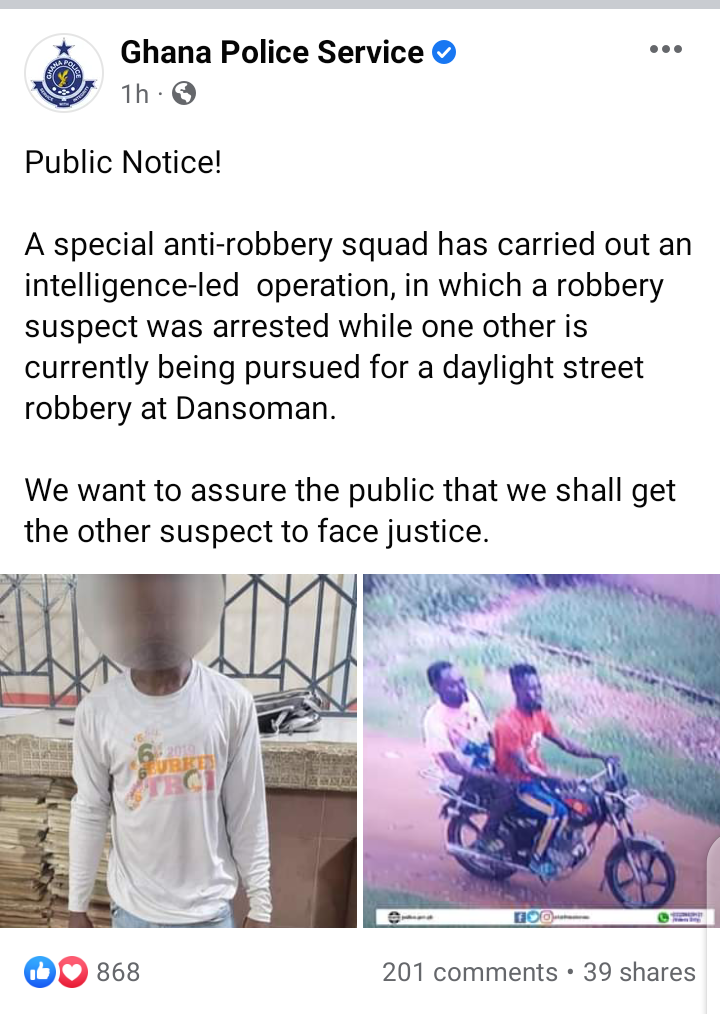 The victim had told UTV news that she was coming from church service and decided to pay her parents visit at Exhibition, Dansoman which is not far from the church. Upon reaching the house, she got attacked by two guys on a motorbike and took her bag away. Though the robber hit the hand with a sharp object but wasn’t injured.