Asante Kotoko news: Until the end, we fight says club 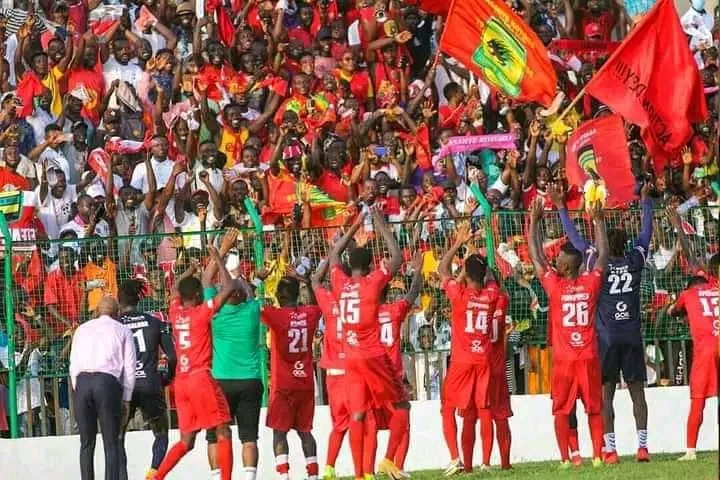 Record Ghana champions Asante Kotoko has vowed to fight until the end in their ambition of winning the Ghana Premier League, GPL title this season.

The Porcupines are six points ahead on the table as they chase a record extending 25th crown.

They have come under intense pressure lately with results not going according to plan as they chase the diadem.

Kotoko has won just one game in the last five they have played and, have seen their once healthy lead at the top of the summit drop to six points ahead of second placed Medeama SC who have played a game more than the leaders.

However, the Porcupines remain undaunted in their quest to win the league insisting that they are not under any pressure and nothing has changed.

Head coach Prosper Nartey Ogum has charged the supporters to keep believing in the team as they seek to negotiate their way through the remaining five matches they have to play to close the season.

Asante Kotoko needs seven points from those five matches the wrestle the title for the first time in eight years and, Coach Ogum said they would respond.

The Porcupines will next play Medeama SC in a top-of-the-table clash next week Monday at Tarkwa as they continue with their journey of winning the title at the end of the campaign.

After last Sunday’s home defeat to Berekum Chelsea, the gaffer said they will look to bounce back with a win in their next game at the home of the Yellow and Mauves and eventually go on to win the ultimate.

And, the management of the club is backing him on this for the reminder of the campaign, posting on their media channels a message of encouragement to the entire team.

“Until the end, we fight”, was what they posted and, this has received massive likes and shares by their supporters who have seen and read the message.

Coach Ogum and his charges will now have to respond to this, and, it begins from their next game at Tarkwa against a Medeama SC side that will not be easy pushovers.