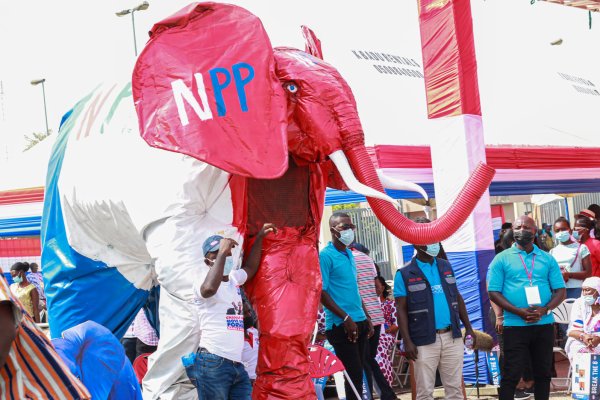 Bolgatanga, May 23, GNA – Mr Charles Taleog Ndanbon, an aspiring Regional Organizer of the New Patriotic Party (NPP) in the Upper East Region has appealed to delegates to vote for him to win the position and bring victory to the party in 2024.
“I am appealing to the delegates to take decisions that will benefit the Party, win more seats and ensure we break the eight-year rule of political parties in this country. I have the energy to work and win more seats for the Party,” he said.
Mr Ndanbon in an interview with the Ghana News Agency (GNA) in Bolgatanga said he was the right person to champion the course of the Party in the Region towards their quest to break the ‘eight’ and capture more seats for the NPP in the 2024 Presidential and Parliamentary elections.
According to him, the work of a Regional Organizer was basically on the field, and needed an energetic person to move to the grassroots and galvanize support for the Party, it is for serious people who can reach out to members in every nook and cranny of the Region.”
“The work in the Party actually lies with the Organizer, if the Organizer fails, everything fails. After serving as Organizer in the Nabdam Constituency, I have the skills and experience to ensure the vision of the Party is realized in the Region,” he said.
The Regional Organizer hopeful, stressed that “I will make sure that we win more seats, increase our Presidential votes, so that an NPP Presidential Candidate is sworn into Office as President in 2025.”
The Aspirant, who previously contested the same position and lost by seven votes, assured delegates that if given the opportunity, he would ensure that resources from the national level would be equitably distributed to help enhance the work of the Party.
Apart from Mr Ndanbon, the Regional Organizer position is also contested by Mr Peter Ayinbisa Ayamga and Mr Mark Ayamga.
The election which is scheduled for May 27, 2022 has a total of 34 Aspirants vying for various executive positions, out of which six Party members the incumbent Chairman, Mr Anthony Namoo, are contesting the Regional Chairman position.
Four Party members are contesting the First Vice Chair position and three for Second Vice Chair, with the same number for the Secretary and Assistant Secretary positions.
For the Women Organizer position, Madam Georgina Ayamga, the incumbent would face Madam Margaret Akagwire.
The Youth Organizer position, which became vacant after the demise of Mr Latif Solomon in May 2021, is contested by six Party members, and two members each for Nasara Coordinator and Treasurer positions.