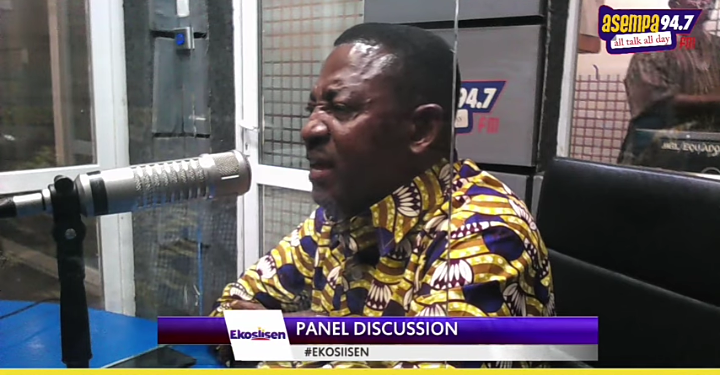 Omanhene together with Osei Bonsu on Ekosiisen ended his speech with ‘the tradition goes on’. Quite a number of people didn’t take it well but Benjamin Kofi Ayeh came to clear the air. Here’s what he said;

“The tradition goes on. There are about 450 to 500 delegates questioning Omanhene’s words. The elections will go on in Dunkwa. Mr. Kwaku Ofori Asiamah tried contesting me twice and I made his defeat certain.”

“So if Omanhene says the tradition goes on, it means I am going to make history repeat itself.”

“The last time I trashed Asiamah in Dunkwa, he went for all the stuffs he gave to the delegates.”

“The Central Region is full of fear and vindictiveness, and they need a certain kind of saviour. The Methodist have a saying that says that United we stand, divided we fall.”

“After Robert Kutin Jr. became the Central Regional Chairman for the NPP, he started suspending people and bringing down the unity we built.”

“If were united in 2016, then in 2024, we should get a unity plus to break the eight. But we have a man who doesn’t believe that our success lies in unity.”

“We thought he will change but after his interview with the media and his response shows he is going to clear more people from the NPP. He’s the reason we lost 9 seats in 2020.”

The NPP seems to have issues internally from 2016/2020 election though they still have hopes of breaking the 8.