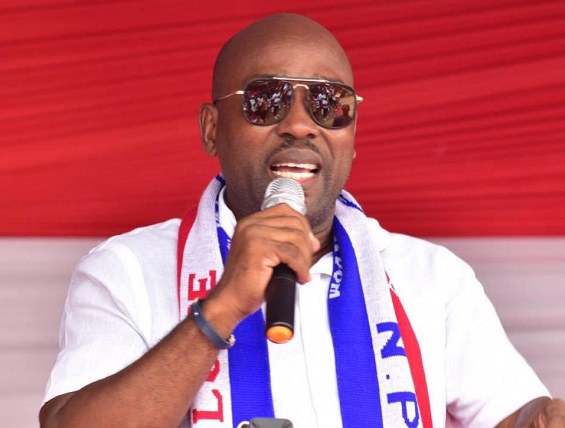 The battle line has been drawn to decide who leads the New Patriotic Party (NPP) in the Volta Region.

The three were cleared last week after a two-day vetting of 37 aspirants for 10 positions.

Camps and Confusion
Multiple sources within the party indicate that the perceived opposition between the Regional Chairman, Mr. Woanyah and the Regional Minister, Dr. Archibald Letsa is real on continues to persisted after the mammoth protest by party members against the reappointment of the Regional Minister in 2021.

Several interventions by the national executives of the party and other top government officials to unite the two factions did not materialise.

The rift further escalated during the elections for constituency executives; considering that over 30 aspirants were disqualified across the region.

Some of the disqualified aspirants, particularly the incumbent and former executives described the disqualifications as unjustified.

Despite protests by the affected candidates and directives from the party headquarters to reinstate most of the affected persons, the party in the region did not renerge on their decision. 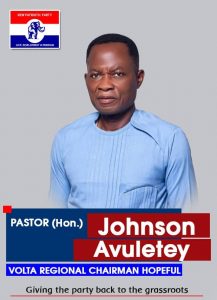 The campaign of the incumbent Chairman, Makafui Woanyah is focused on retaining the seat after leading the party to increase its votes in the region in the 2020 elections.

Emperor as he is popularly referred to believes that he has worked in the interest of party members to the point of constructing a Regional office for the party. A feat that has been described as historic; considering that the Volta Region is a stronghold of the opposition, National Democratic Congress (NDC). Interestingly, the NPP’s office when fully completed will be bigger than that of the NDC.

Joseph Homenya who has been Regional Secretary for two terms (8 years) is campaigning on a message that says “Save Volta NPP”.  His team says the party seem to have been hijacked and being run aground, hence needs to be saved and put on the right direction.

According to him, he is the brain behind the Regional office project; as he sourced for funds and negotiated for the purchase of the land. He is also a key architect behind winning the Hohoe seat for the party. He adopted the constituency and coordinated the entire campaign of John-Peter Amewu, the current MP.

Rev. Johnson Avuletey is campaigning on the strength of unifying the party in the region and ‘give the party back to the grassroots’.

He is the neutral candidate among the three contesting for Chairman position. He is described as the man for the grassroots considering that he has worked for the party from the lowest court to the Regional level.

All aspirants have intensified their campaign after the vetting as they prepare for elections this weekend.

The venue is yet to be decided. Some party executives say the venue will be at Dzelukorpe in the Keta Constituency or Sogakofe in the North Tongu Constituency. Another group of executives say it will be in Ho, the regional capital.