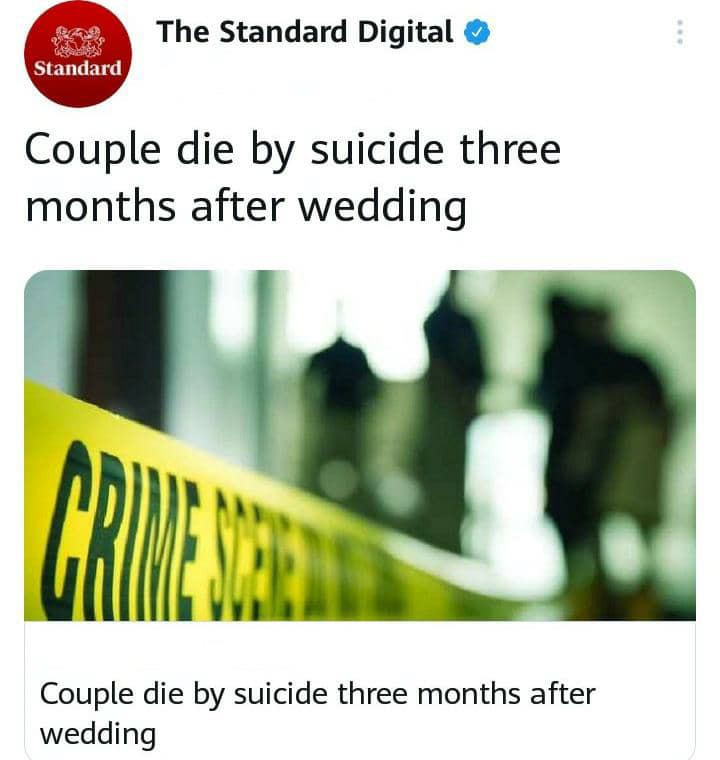 Married couple was found dead in their house. Going by the reports, the deceased identities are Musa Ahmed, 25, and Sharon Cherotich, 20. They were said to have married three months ago. Why they chose to commit suicide is yet to be revealed, but the man asked his mother to take care of his two kids.

According to Standard, the young man, Musa, approached his mother a few weeks ago and begged her to take care of her two grandchildren after confessing to his mother that he wanted to commit suicide. The body of the woman was lying on the bed while the body of the man was hanging from the roof.

Musa who recently divorced his first wife before marrying Sharon just three months after their marriage, came back home last night with his wife drunk and both were found dead today. It could be that Musa strangled his wife before hanging himself. 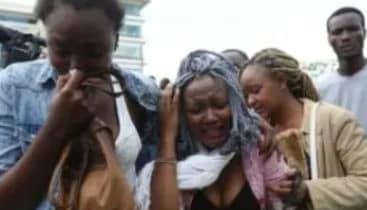 My question is, why on earth would a couple agree to commit suicide? What could be the problem here? Who will now look after their children? What will now happen to those innocent kids? They will now become dropouts and hoodlums. Why are men killing women here and there? I was hurt when I saw this post on social media. Women and children are now the victims of men’s cruelty.