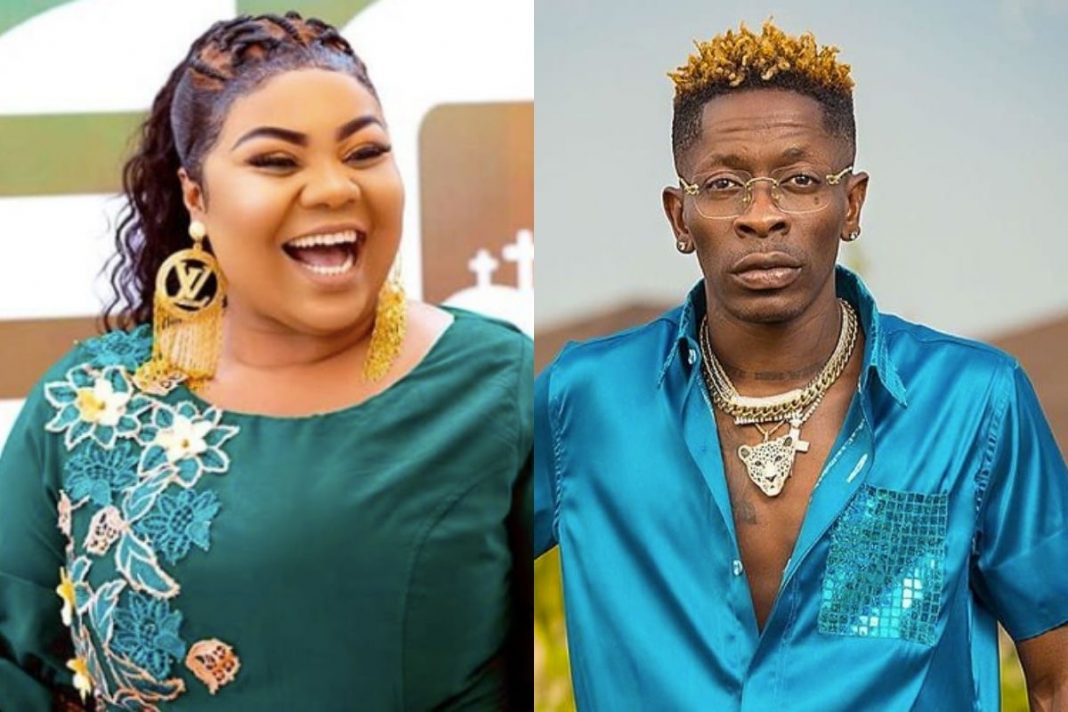 Empress Gifty, a Ghanaian gospel musician, has claimed that Shatta Wale, a dancehall performer, will one day become the president of the Musicians Union of Ghana (MUSIGA).

She noted that in her vision, she was appointed the first vice President for MUSIGA followed by Sarkodie and Stonebwoy taking the second and third positions respectively.

In the video which has gone viral on the photo and video sharing platform, Empress noted that Shatta Wale released a press statement saying there will be no release of music for a year yet the artists will have lots of money to enjoy from a loan he will offer them.

READ ALSO: ‘I Want To See Nana Addo’s Will’ – Netizen Asks After Seeing Sir John’s Will

“I had a vision and in the vision, it was written that ‘Shatta Wale; MUSIGA president, first vice Empress Gifty, second vice Sark, third vice Stonebwoy’.

“I knew immediately it was a solid team. Ghana will be very sweet,” she said in an Instagram post.

“Shatta released a press statement that all Ghanaian gospel musicians, you understand, everybody, no music for one year.

“I will give everybody loan, come chop money, a lot of money, adding that with regards to the award schemes he will teach them a lesson and do logistics awards,” she said.