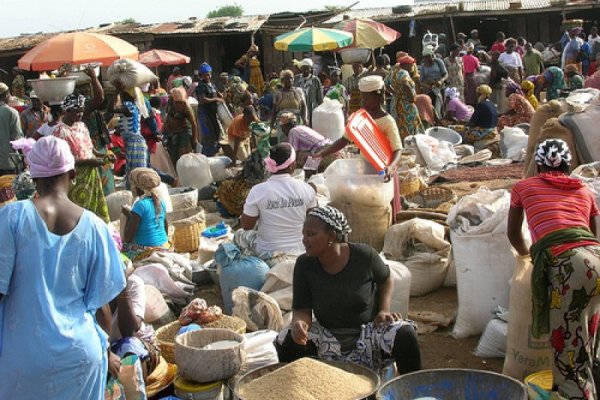 Accra, May 23, GNA- The Ministry of Food and Agriculture says the passing of the Grains Development Authority bill will address the current challenges of food fluctuations in the country.
The Ministry said it was pushing for the immediate passage of the GDA bill which was before Parliament after Cabinet approval, and hoped that passing of the bill would regulate the prices of food commodities.
Mr Tanko Bagbara, the Public Relations Officer of the Ministry of Food and Agriculture, in an interview, said the increase in food commodities was worrying, stressing, “the Ministry has no control over the prices.”
“There is enough food in the market, but the causes of food inflation are fuel and the Ministry has no control over the increasing prices of food commodities, “he said.
Mr Bagbara stated that, unlike the Cocoa Board which had control over cocoa products and the Tree Crop Authority also controlled the cashew industry, the Ministry was handicapped, until the GDA bill was passed.
He called on the public to bear with the Ministry and was confident that the rainy season would increase food supply and lower the prices of foodstuffs.
Mr Joseph Padi, Director of Communications, Ghana Union Trade Association, said traders were now operating in the open market due to price competition, adding that it would be difficult to control the prices of commodities in the country.
That, he explained, was critical because traders had different sources of production in different countries with different prices of goods.
“Some of the members import goods from China, Europe and other countries at different prices and it will be difficult to regulate the prices. The import duty keeps increasing, translating into our prices of goods,” he said.
Mr Padi said some of the members used the transaction value on import duty under the World Trade Organisation, which enabled them to determine the prices of the products.
He said even though the situation had impacted the purchasing power of consumers, there was nothing the Union could do and called on the Bank of Ghana to manage the depreciation of the currency and review the interest rate of 25 to 27 per cent on loans.
The year-on-year inflation rate for April 2022 rose to 23.6 per cent compared with 19.4 per cent in March, the Ghana Statistical Services announced.
The figure means that the rate was 4.2 percentage points, higher than the 19.4 per cent recorded in March 2022.
Transport, Household Equipment and Routine Maintenance, Food and Non-Alcoholic Beverages, and Housing, Water, Electricity, Gas and Other Fuels recorded inflation rates above the national average of 23.6 per cent with Transport hitting 33.5 per cent, recording the highest inflation.
Food and Non-Alcoholic Beverages inflation were 26.6 per cent and Non-Food inflation is 21.3 per cent.
At the regional level, the Central region recorded the highest inflation rate of 26.7 per cent while the Upper East Region registered the lowest rate of 18.4 per cent.