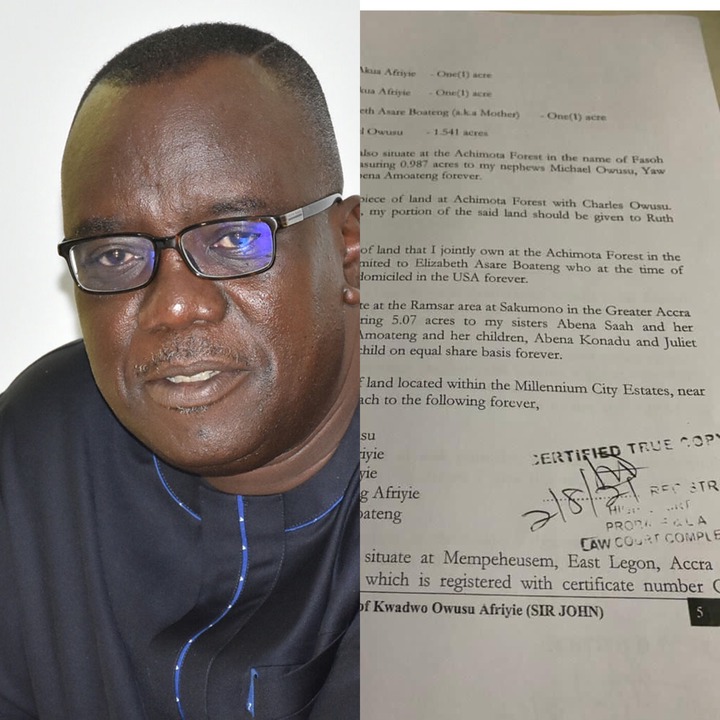 The entire country is in disbelief after the trends on the internet today. Sir John’s demise was one of the saddest which most people in the country witnessed. In the year 2020, people lost their lives and others lost their loved ones in the process. Covid was able to sweep most of our loved ones away from this earth and this remains a memory that is hard to let go at least for those who lost their loved ones. The Npp’s all time favorite, Sir John is one of those whose lives were lost as a result of the covid attacks on most people in the country. About two years after his death, his will has been made public. His death will features overwhelming properties which had been distributed among many of his relatives. 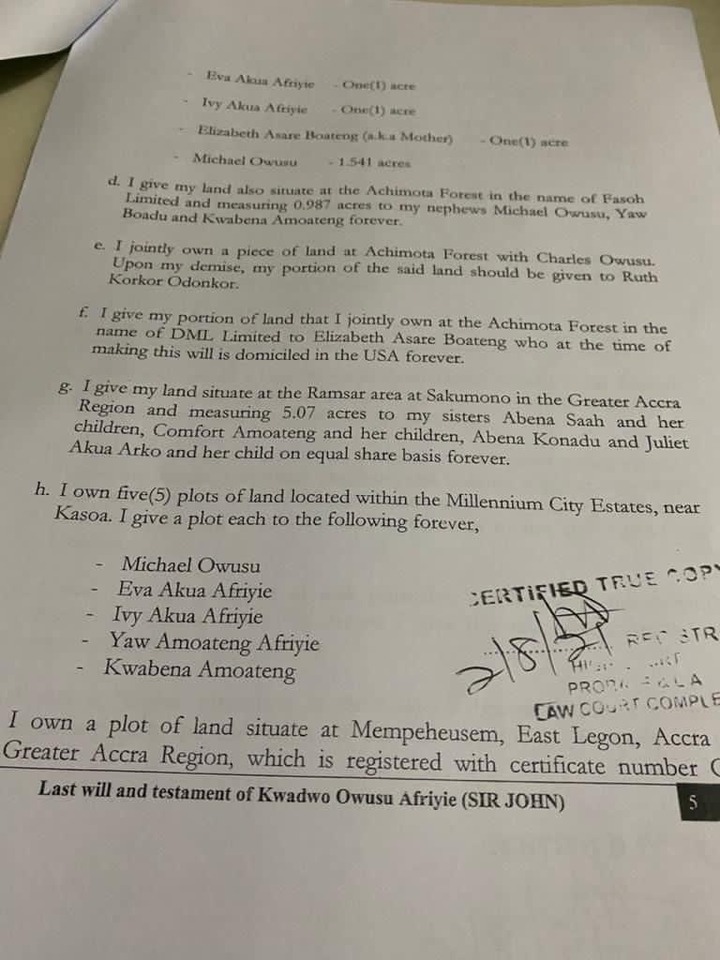 Before I stun you and make you pause whiles having a quick reflection on the entire will and it’s chaos, I’ll start by informing you that about an approximated total of 7 acres of land at the Achimota forest is reported to have his name as the owner of the land. This is what is causing the massive stir that we are seeing on the internet today. People are surprised to read these pages of the will which his lawyers have made public. The will features a number of houses at Oyarifa, East legon and many other places. This includes fleet of cars and several other plots of lands which he has shared among his family. Interestingly, it has been noticed in his will that his nephews have owned a majority of his properties whiles his children, a few. 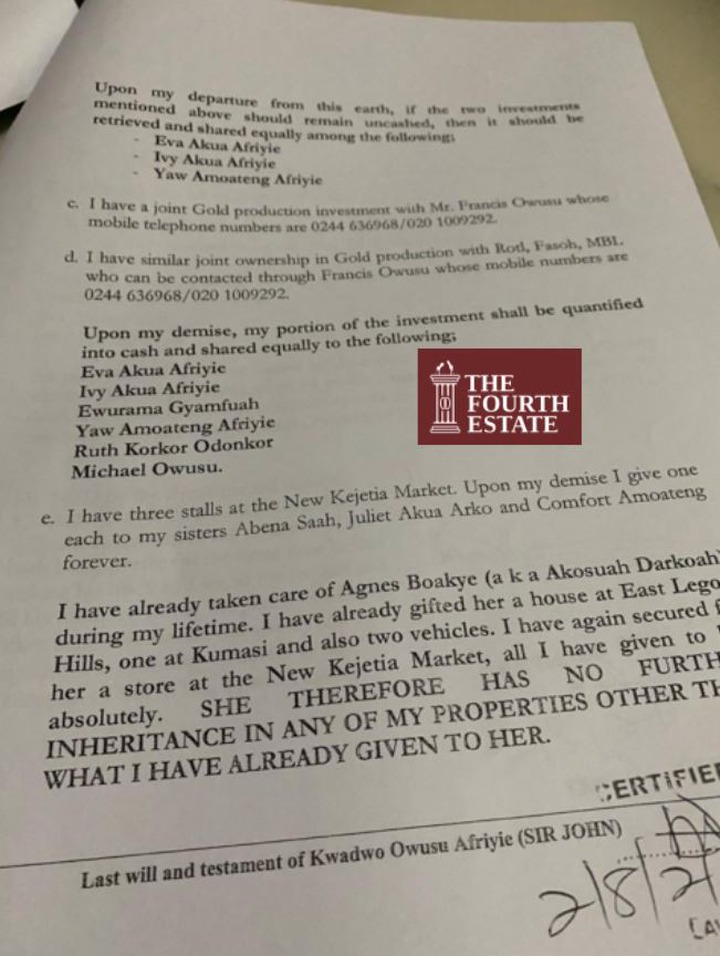