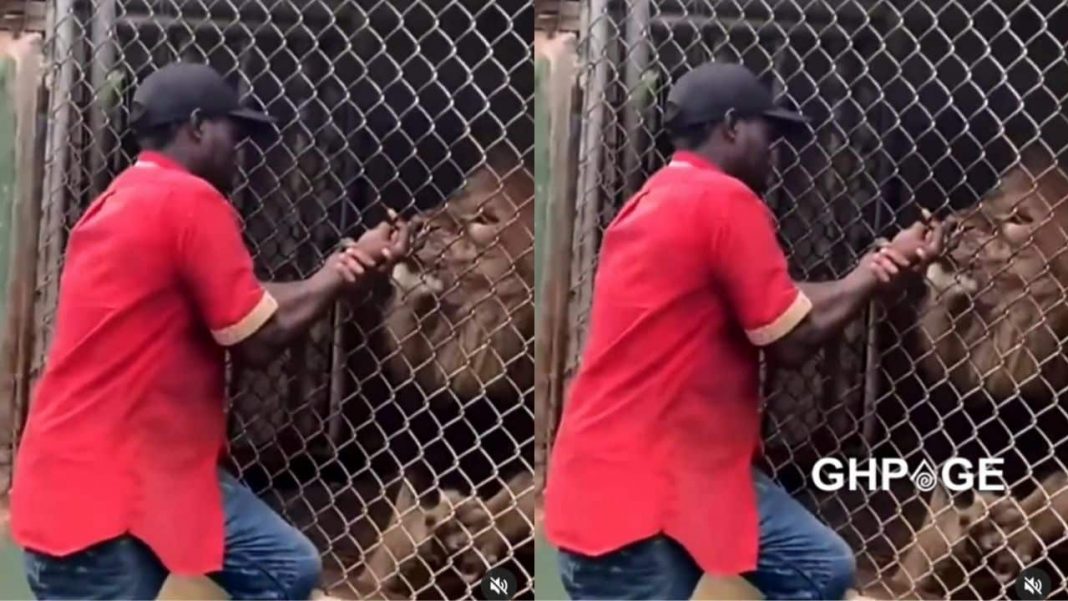 I don’t know if capturing this with one’s mobile is more stupid or the victim losing his finger is the most stupid. Those with mobile phones could have helped but well, what do I know?

This is clearly a dazzle gone wrong and the most stupid thing I’ve ever seen in my entire life.

A video that has landed on the local digital space captures the moment a guy was trying to impress two ladies he met a the zoo by foolishly availing himself to be served as lunch to a lion.

The guy succeeded with the first two attempts but his third try cost him his fingers.

In the video, the lion can be seen ripping off the guy’s fingers after they landed in its mouth.

Although the guy tried his possible best to get his fingers out of the tiger’s mouth but all his efforts proved futile.

Watch the video below to know more…

The guy was lucky at the same time. Thank God it was a finger. The pain he must have felt. The others who made the video weren’t even sensitive to pull him away after he was stalked.

They were more concerned about recording the disheartening incident.