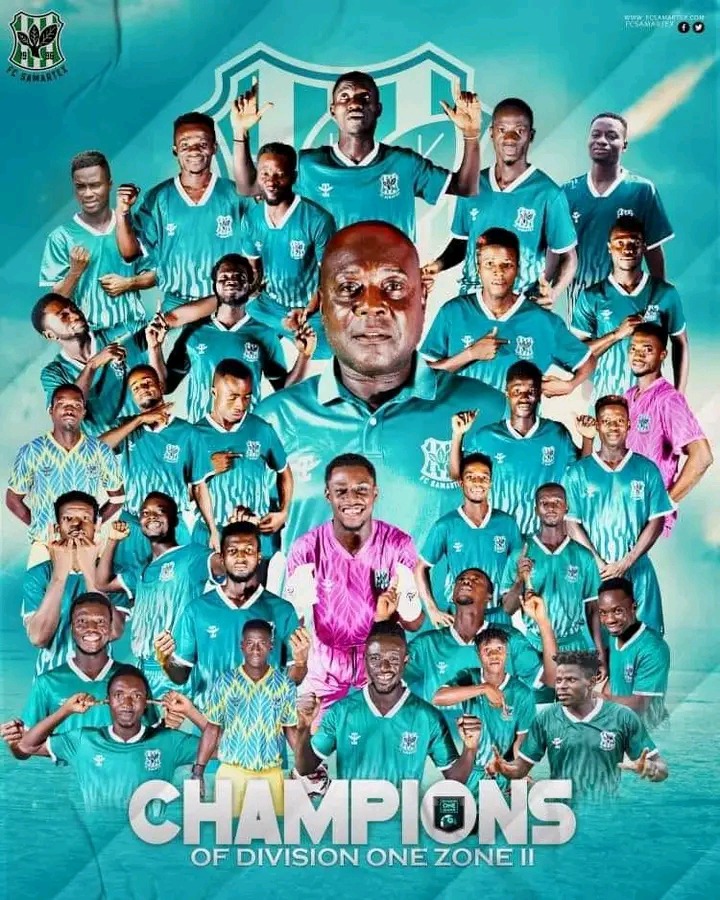 FC Samartex 1996 has qualified to play in the Ghana Premier League, GPL next season for the first time in the history of the club.

Last Sunday, the Timber Giants played out a goalless drawn game away to Swedru All Blacks to secure the promotion after second placed Ebusua Dwarfs lost their game at Nzema Kotoko.

The Samreboi-based outfit will thus play in the Ghanaian top-flight league next season and, they will hope to make the most of this opportunity playing with the big boys in Ghana football.

With three matches to end the campaign, Samartex FC has 58 points from the 26 matches they have played as against the 27 played by the other teams in the zone with the exception of Achiken FC.

Ebusua Dwarfs have 51 points and, they cannot catch up with FC Samartex who have won the zone.

There were huge celebrations in Samreboi on Sunday evening after the news came through that the team had qualified to the Elite Division.

The competition in the other two zones is going down to the wire with Tamale City FC and Nsoatreman United in a neck-to-neck battle to qualify from Zone One.

Nsoatreman United has 62 points on top of the stairs, but, they have played one game more than City who will be up against Steadfast FC on Monday (today) at Walewale.

The race for promotion from Zone Three is between former Elite Division campaigners Liberty Professionals and Tema Youth FC who both have 55 points from 27 matches.

With three matches to go, both will fight tooth and nail in an attempt to undo each other for the sole ticket.