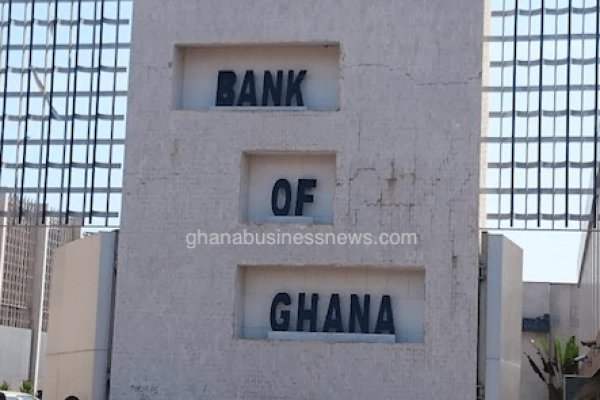 Accra, May 21, GNA- The public debt of the country by the end of March 2022 stood at GH₵391.9 billion, according to data from the Central Bank of Ghana (BoG).
This represents a five per cent increase in debt levels from GH₵ 372.2 billion recorded in February 2022.
In its Summary of Economic and Financial Data for May 2022, the Bank noted that the new figure puts the Debt to Gross Domestic Product (GDP) ratio at 78 per cent with the projected GDP for 2022 being GHC 502.430 billion.
A breakdown of the data showed that the external debt component increased from GH₵186.8 billion in February 2022 to GH₵201.9 billion, which makes up 40.2 per cent of GDP whereas domestic debt increased from GH₵185.4 billion in February 2022 to GH₵189.9 billion in March representing 37.8 per cent of GDP.
According to the Ministry of Finance, Ghana’s public debt stock expressed as a percentage of GDP stood at 76.6 per cent of GDP at the end of 2021 compared to the earlier reported 80.1 per cent.
It further reduced the 2020 debt stock from 76.1 per cent to 74.4 per cent due to the official provisional 2021 fourth quarter and overall, 2021 annual GDP data released by the Ghana Statistical Service (GSS).
According to the GSS, real GDP expanded by 7.0 per cent in the fourth quarter of 2021 compared to the 4.3 per cent growth recorded in the corresponding period of 2020.
“Similarly, non-oil real GDP in the fourth quarter of 2021 expanded by 7.6 per cent compared to 5.7 per cent for the same period in 2020,” the Ministry said in a statement.
It also noted that the provisional real GDP growth for 2021 showed a positive outturn of 5.4 per cent, exceeding the 4.4 per cent 2021 projected outturn by one percentage point and the Sub-Saharan Africa average growth by 0.9 per cent point.
It added that “nominal GDP for 2021 is estimated at GH¢459,130.9 million, over GH¢18 billion more than the projected outturn of GH¢440,869.4 million for the period, up from GH¢391,940.7 million recorded in 2020. The Non-oil nominal GDP for 2021 is GH¢437,975.2, up from GH¢378,147.9 million in 2020.”
“The major implication of this higher-than-projected GDP outturn for 2021 is that all economic indicators expressed as a ratio of GDP will change to reflect the updated GDP data. These ratios include the debt to GDP ratio, a key factor in determining debt sustainability, the fiscal deficit to GDP ratio, and the Revenue to GDP ratio.
“The new GDP data also has implications for the nominal 2022 GDP target and the growth rate as it is based on the 2021 GDP data, which have now been updated” the statement noted.