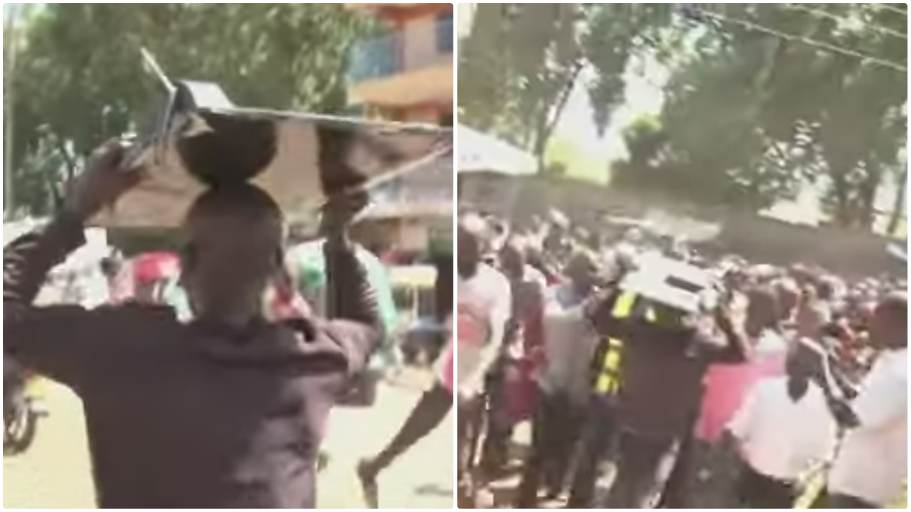 A suspected thief shocked residents of Kakamega after a television set he had stolen from an businessman got stuck on his head.

The businessman was attacked by thieves who stole property and money forcing him to seek the services of a witch doctor to recover the stolen items.

READ MORE ;Lion ‘bites off’man’s finger as he tries to pet it through the wires of its cage [watch]

It was not long until one of the thieves returned to the crime scene with a television set which he proceeded to set up in the house where he is alleged to have stolen it from.

Business was brought to a standstill as residents followed him in disbelief.

Several residents revealed that theft cases have been rampant in the town thus the measure that the owner of the house had taken.

However, some residents who came to witness the drama insisted that it was a trap to lure people into seeking services of the said witchdoctor.

The suspect was taken into police custody after a series of rituals were performed on him by the witch doctor who was contracted to reposess the stolen items.

READ MORE :18-Year-old boy builds his own hilux car, Drives it around in cool video