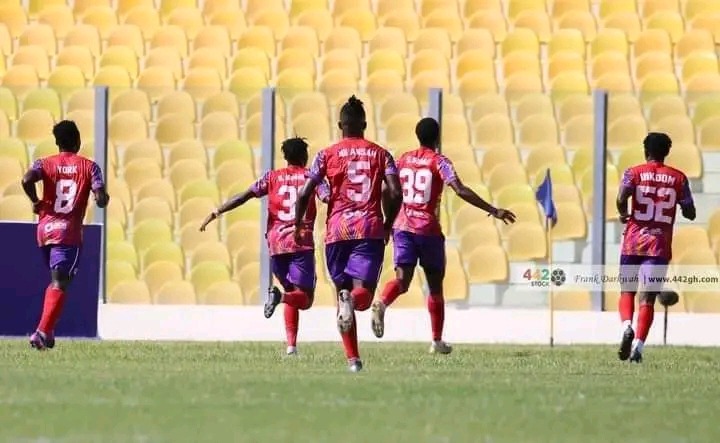 Reigning Ghana Premier League, GPL champions Accra Hearts of Oak has gone unbeaten in all of their matches since their defeat to Asante Kotoko in the league on Matchday 24 in Kumasi.

After that painful defeat put them back in trying to defend their title, the Phobians drew goalless in their next game at home to bottom side Elmina Sharks at the Accra Sports Stadium.

The Phobians returned to winning ways with a comfortable 3-0 victory over Accra Lions in a capital derby at the same venue to revive their hopes for the rest of the campaign.

They then beat Dreams FC 3-1 also at the Accra Sports Stadium to keep pressure on those above them on the table and most importantly gain more confidence for the reminder of the campaign.

Hearts of Oak kept their unbeaten record going after the Kotoko defeat by drawing 1-1 away to Bechem United at the Nana Fosu Gyeabour Park, Bechem in a very competitive game.

Their unbeaten run was extended to the FA Cup competition where they are the defending champions after their triumph over AshantiGold SC last season.

In the league, they will next play Karela United in Accra with Bechem United awaiting them in the grand finale of the FA Cup competition with the fixture set to be played on June 26, 2022 at the Baba Yara Stadium in Kumasi.