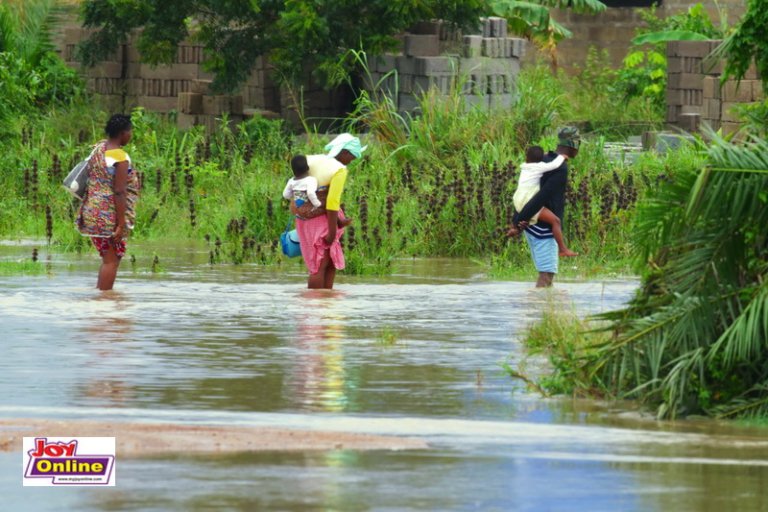 The Ghana Meteorological Agency (GMet) has predicted that three more heavy rains will hit the southern part of the country before the end of June.

Principal Meteorologist with the research and applied meteorology directorate of the GMet, Nana Kofi Opoku, said the phenomenon is likely to occur because the peak of the rainy season is approaching.

He noted that “when we look at climatology and the forecast that we released for the March, April, May, and June season, it looks like we have on average, 3 more such incidents to occur,” he stated.

He made the remarks on the Super Morning Show on Monday following the heavy rains that hit parts of Accra on Saturday, leading to floods.

He explained that the phenomenon is one that occurs at the peak of the (raining) season.

“At the peak of the season for the southern part of the country, especially in the month of June an average of three major rainfall incidents such as what happened on Saturday occur. So on average, we are expecting about three,” he stressed.

Following hours of rain, parts of Accra and other urban centres in the Greater Accra Region, including North Kaneshie, Kwame Nkrumah Circle, and Kasoa in the Central Region, were flooded.

The phenomenon obstructed traffic flow on some major roads in the capital. Ghanaians took to Twitter to share videos of flooded areas after Saturday evening’s rain. Some homes were flooded as a result.