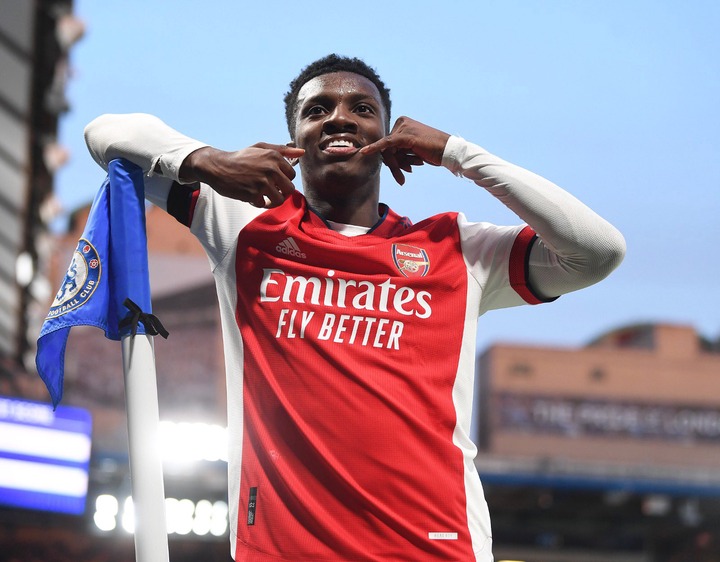 Ghana has had lots of players playing in Europe and making names for themselves. When talking about such players you can make mention of names like Michael Essien or Stephen Appiah but in this article, I will introduce you to younger Ghanaian players who are making or have made names for themselves with their most recent matches.

Starting with Eddie Nketiah who plays for Premier League side Arsenal. When Arsenal met Everton in the last match for the 2021-2022 premier league season. He scored his fourth goal of the season and the second goal of the match for Arsenal. He had a rating of 7.4 in the match and actually received a standing ovation when he was being substituted for Alexander Lacazette to come on. He played 67 minutes, scored one goal with his only shot on target, one blocked shot, one shot off target, he had 50 touches and had a passing accuracy of 71.4%.

Now lets move our attention to Mohammed Salisu and Daniel Amartey as they were facing each other in the last game of the EPL. Salisu played the full match for Southampton whereas Daniel Amartey came on to play 8 minutes for Leicester City. Salisu was very good in the match and had the highest rating in defense for his club which was 6.5. He had 60 touches with 84.6% passing accuracy . He won 2 out of 3 ground duels and won 4 out of 5 aerial duels. He also made an attempt at dribbling and it was successful. His performance wasn’t bad even though Southampton lost that match by 4 goals to 1. 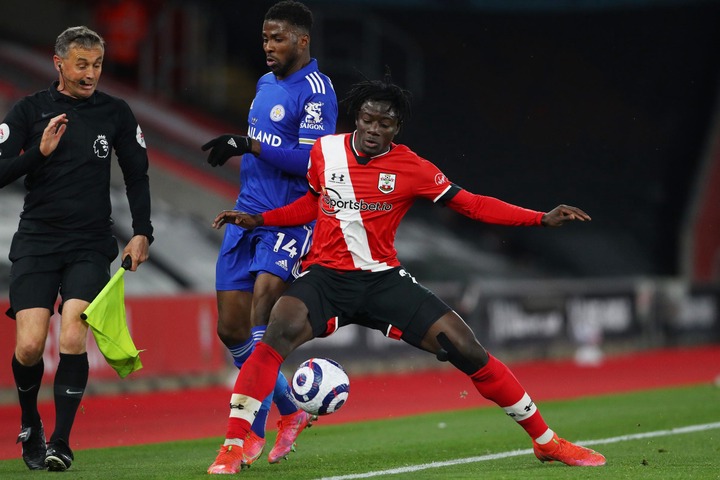 Amartey on the other hand came on as a substitute to play about 8 minutes left of play and managed to grad a rating of about 6.7. He had a 100% passing accuracy, went for a ground duel and won it, he also attempted one dribble which was successful. He played for a short period by his performance was close to perfect. 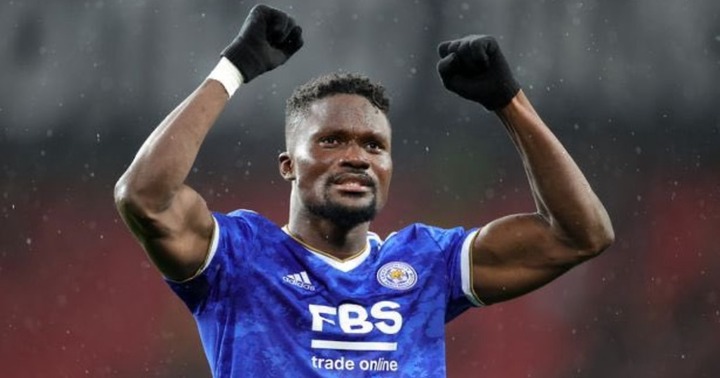