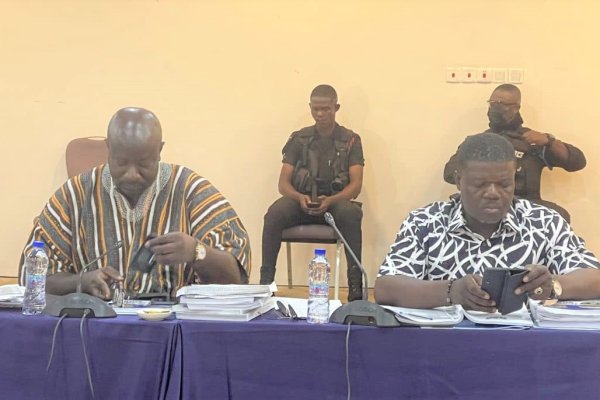 Ho, May 22, GNA – The Public Accounts Committee of Parliament (PAC) has slated a total of 155 public entities for possible prosecution over procurement breaches.
The entities include local Assembles, and educational institutions such as senior high schools, technical universities and training colleges, and were captured in the Auditor General’s 2018 report as having committed various procurement infractions.
Mr Rockson Dafeamekpor, Member of Parliament for South Dayi, and a legal luminary on the Committee, briefed the media in Ho at the end of its nationwide tour to interrogate the report.
“Having concluded our hearings on the 2018 Auditor General’s report, we have in excess of 155 referrals for criminal prosecution, and which includes Assemblies, and educational institutions”.
He said prosecutions falling out from the works of the Committee had not been pursued over the period, and therefore Members had activated the powers of the Committee to make referrals to the Attorney General based on findings from the reports.
The MP said perpetrators of other infractions including unaccounted impress, and the non utilisation of State facilities among other “leakages affecting the public sector”, were cautioned and discharged, but hinted that such would be considered also for prosecution going forward.
“It could be abandoned projects or misappropriation of funds, unaccounted for funds, unapproved payments, they would be added to the procurement breaches and gradually we would be getting somewhere,” he stated.
Mr Dafeamekpor noted that the prosecution referrals had begun to take effect, and said “we hope this would help enhance public accounting, because there is a new sheriff in town who is prosecuting people”.
The MP said the resolve of law enforcement agencies such as the Police towards the prosecutions should be enhanced in helping create a truly accountable public sector for development.
The PAC has covered all 16 regions within a six-week period, and in four hearings.