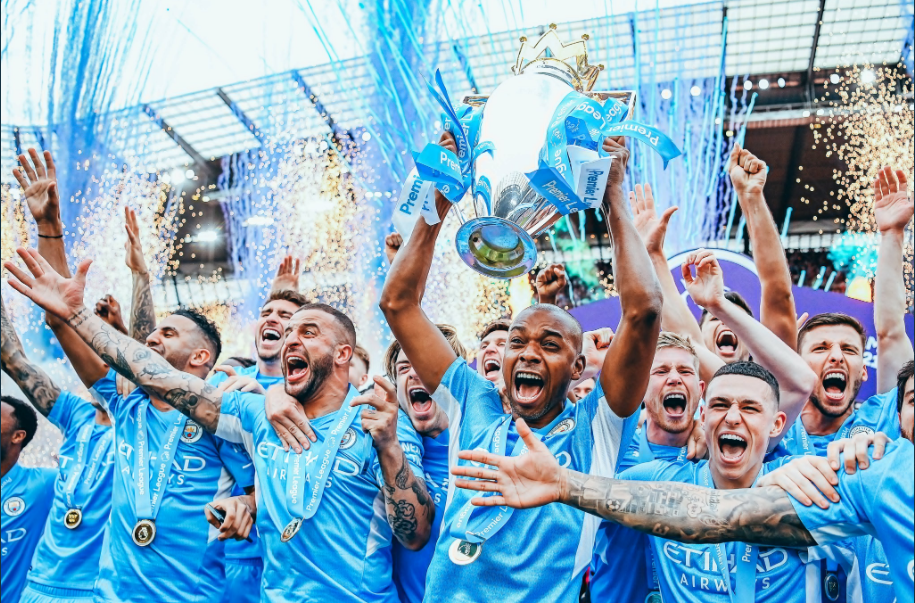 Manchester City have defended their Premier League title after coming from behind to beat Aston Villa 3-2 with three goals in five minutes on a dramatic final day of the 2021/22 Premier League season.

For Liverpool, who beat Wolves 3-1 at Anfield, the result spells the end of their quadruple challenge having already won the FA Cup and League Cup this season.

City piled on the pressure straight away, with Villa’s stand-in goalkeeper Robin Olsen looking very nervous with the ball at his feet on his debut, but the host could not register a shot on target until first-half injury time.

Villa’s defensive resilience paid off as they took a shock lead after a rare foray forward in the 37th minute. Matty Cash nodded in Lucas Digne’s whipped cross from the left flank beyond a helpless Ederson.

Liverpool were drawing 1-1 with Wolves at Anfield at the break, meaning City would still win the league on goal difference, setting up a tense second half.

Gabriel Jesus missed from point-blank range as he blazed his strike over the bar in the 50th minute, moments before Ollie Watkins somehow dragged his shot from a one-on-one position wide.

City pressured for an equaliser, but remarkably Villa extended their lead through Philippe Coutinho in the 70th minute. He latched onto a Watkins flick-on and buried his low driven strike into the bottom corner to silence the home supporters.

Then came along substitute Ilkay Gundogan. He pulled a goal back for the hosts in the 76th minute, nodding in Raheem Sterling’s perfectly-weighted cross at the far post.

And two minutes later the Etihad was bouncing as City scored again; this time through Rodri. The Spaniard coolly placed his shot from the edge of the box into the bottom corner.

And City completed a dramatic comeback in the 81st minute when Gundogan tapped in an excellently crafted pass from Kevin de Bruyne at the back post, sending the City supporters into raptures.

Liverpool went on to beat Wolves 3-1 thanks to late goal from Mohamed Salah and Andy Robertson, but it mattered little in the end as City produced a fightback that will be remembered for years to come.