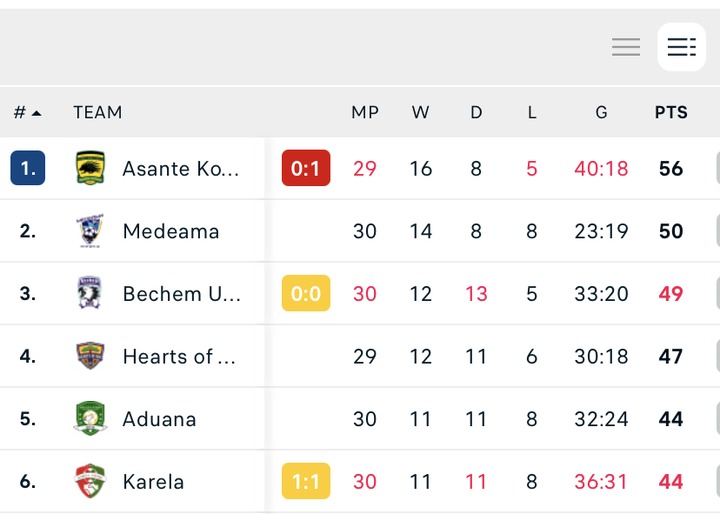 Ghana Premier League leaders Asante Kotoko are under pressure after losing to a ten-man Berekum Chelsea at the Baba Yara Stadium in Kumasi. Substitute Kelvin Obeng got the only goal for the visitors.

Following the outcome of today’s game, six points separate Asante Kotoko and second-placed Medeama, with four games to end the season. Meanwhile Asante Kotoko have an outstanding match against Ashantigold, which is an away game to the porcupine warriors.

It was a good start for both sides as they played with caution in the opening minutes of the encounter. Stephen Amankona and George  Mfegue made early incursions for Asante Kotoko but Berekum Chelsea were alert in those moments. Asante Kotoko enjoyed possession and moved towards glory but goalkeeper Gregory Obeng was at full post.

Kofi Owusu stepped up play for Berekum Chelsea but Abdul Ganiu will not allow him to move easily for goal. Kofi Owusu kept the urge to hit the net, which resulted in a free kick but Jackson Owusu’s kick was not daring to beat goalkeeper Danlad Ibrahim. 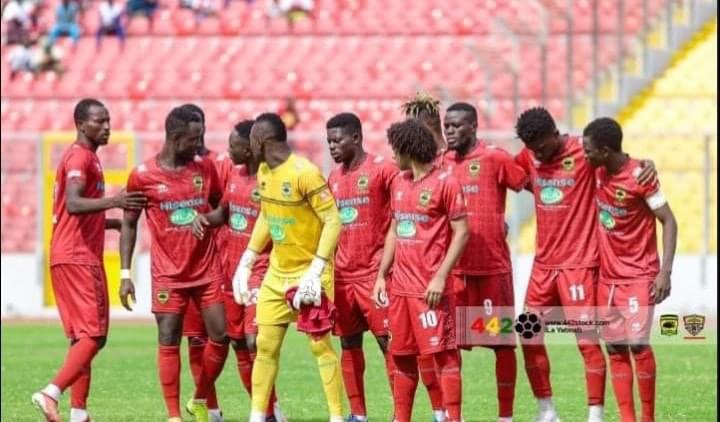 Mudasiru had his way in midfield to find Frank Etouga as he extends play to Stephen Amankona who flicks to Imoro Ibrahim to send a deep cross but it landed in the palms of goalkeeper Gregory Obeng. Following swift passes between Imoro Ibrahim and Mudasiru, the ball was delivered to George Mfegue and he set up Frank Etouga but goalkeeper Gregory Obeng pulled out a master save to stop the ball from entering the net. Few minutes later, Gregory Obeng was at the center stage as he saved another chance.

Asante Kotoko did not relent in the search for the opener as Imoro Ibrahim sends a sweet pass to Fabio Gama in the box but his effort ended up as a rebound to Imoro Ibrahim but he missed it.

First half ended goalless following the inability of Asante Kotoko and Berekum Chelsea to meander their way into the net. 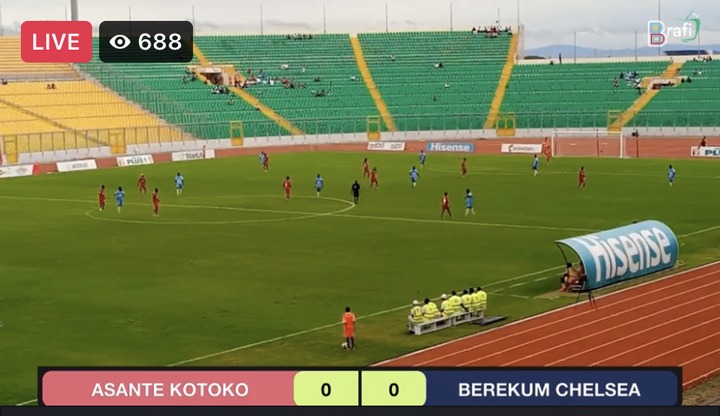 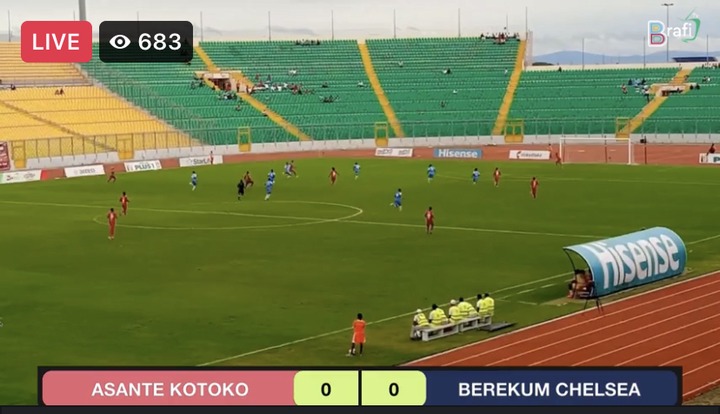 Asante Kotoko continue to pile pressure on Berekum Chelsea but goalkeeper Gregory Obeng was vigilant to track all balls from making its way into the net.

Berekum Chelsea had to play with ten men following a red card to Kofi Owusu, who punched Christopher Nettey in the face.

Frank Etouga came close to goal but his shot rattled the goal post.

Substitute Kelvin Obeng broke the deadlock lock for Berekum Chelsea in the 80th minutes and that separated the two sides.