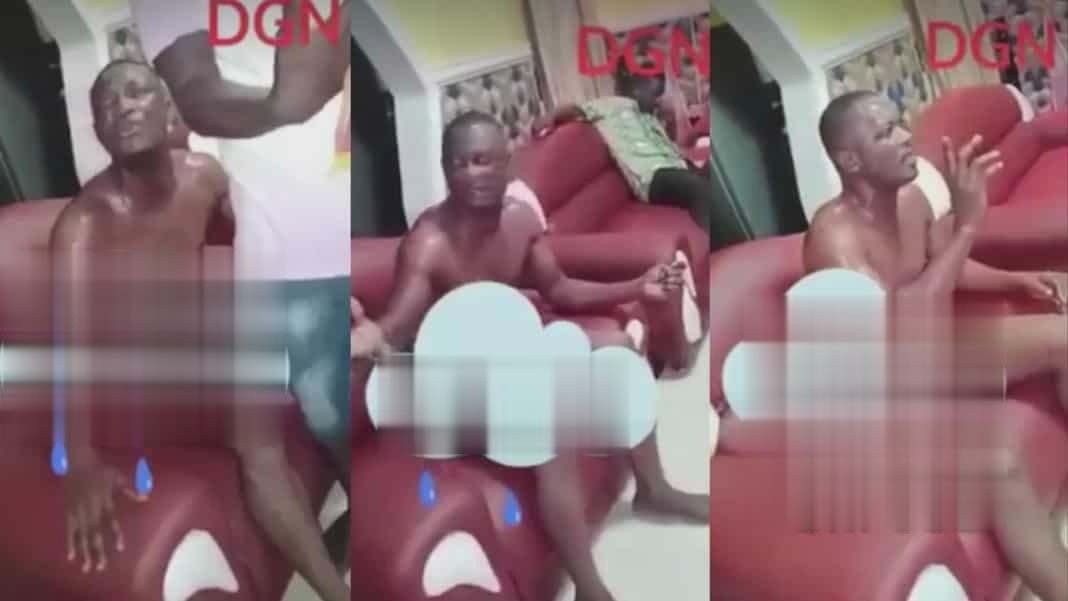 A rogue Ghanaian pastor has been caught red-handed chewing a married woman in her matrimonial home in the absence of her husband.

For hundreds of millions of Africans, Christianity is the cornerstone of their existence.

But AN INFLUX in church ministries across the globe continues to bring a corresponding confusion into the once respected spiritual arena.

READ MORE :Dubai porta potty: Influencers are apparently being pooped on for cash

Unlike in the past when God’s Word was taken serious and only preached by the ordained, nowadays any one can become pastor by a stroke of a pen as long as he or she can open a church and call himself big titles like a ‘Bishop’.

The owners of such places of worship having noticed how women are the most vulnerable species that can be easily manipulated into believing anything said on the pulpit, have upped their influence towards that direction.

They make sure women throng their churches with problems that are and can never be solved even after ten years of service attendance.

Fraudulent Tithes and conmanship takes place in such places with a lot of reckless abandon. Members are drained dry like ticks on milk cows.

READ MORE ;Lady with high-slit dress causes stir at event as she struggles to cover herself [Watch]

As if that is not enough, cases have also emerged where randy pastors lure women into their beds for a corresponding solution to their life challenges including barrenness which is never solved.

In a recent development, A pastor has been caught red-handed with a married woman in her matrimonial home in the absence of her.

According to him, the woman rang his phone to tell him that she was feeling lonely at home and needed company.

READ MORE :Pastors flog church members with belts on altar to test if they are ready for ministry [Watch]

As a man of God who cares about the welfare of his members, he stopped everything he was doing and quickly headed for the woman’s house.

However, one thing led to the other and they had ѕєχ… Watch the video below:

READ MORE :Policewoman cries out for help as motorist zooms off with her in his car [Video]