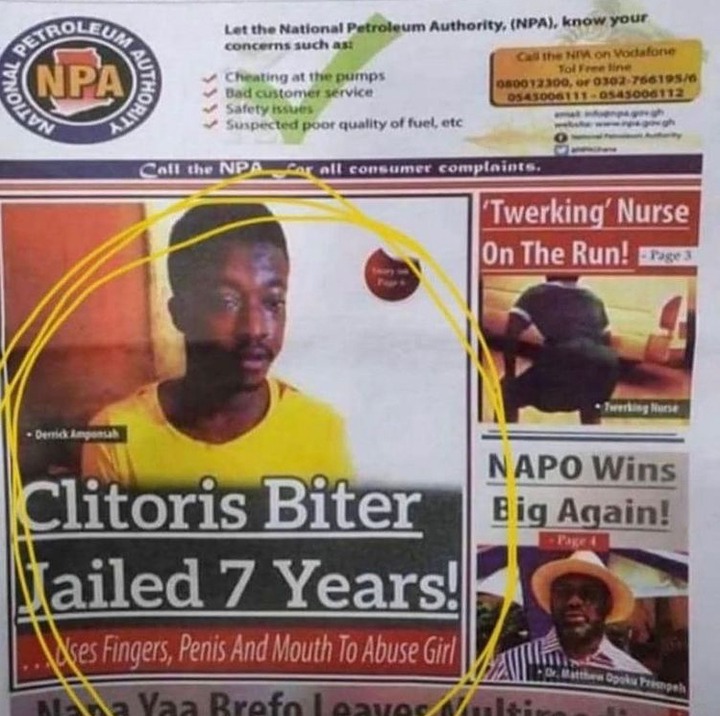 Greetings, dear readers! Thank you for your interest in reading this article. We are always ready to keep you updated on the latest and most intriguing stories from across the world. Please click the +follow button to follow Quik.news.

The Bekwai circuit court has handed a 7-year jail term to an excavator operator for defiling a 15-year-old student.

This incident took place at Manso Yawkrom in the Amansie West District of Ashanti Region.

The 27-year old by the name Derrick Amponsah reportedly bit the clitoris of a second-cycle student in the cause of the act.

The 15-year old girl child was left bleeding profusely from her genitals after everything had happened.

A detailed medical report revealed that, the victim’s hymen had completely been broken.

After the excavator operator was sent to court, Detective Chief Inspector Stephen Ofori (prosecutor), revealed to the court that, MR Amponsah used his fingers, penis and mouth to abuse the girl. 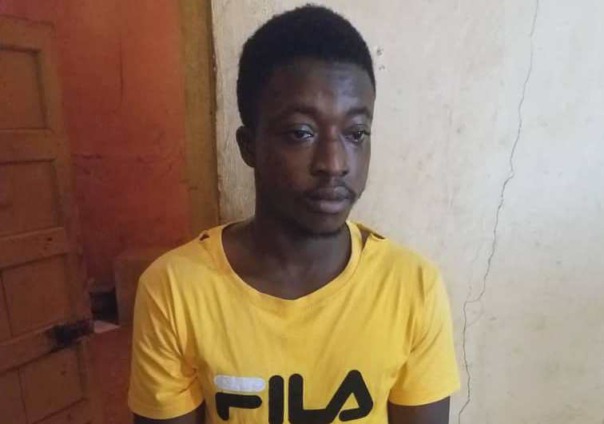 As a form of evidence, He exposed that at about 11 a.m. on back in April 15, 2020, the accused called the victim on phone to go and do laundry for him at home.

Mr Amponsah returned at about 1 p.m. to see the dirty clothes unwashed.

According to prosecution, he went to the victim’s house to call her but she refused to follow him. He returned and managed to get the girl to follow him to his house. On reaching there, he asked the girl to take the lead into his room but she objected.

The accused then dragged her inside, pushed her onto the bed and forcibly had sex with her (Rape). Detective inspector Ofori later said Amponsahs mother later showed up to give the victim water to clean herself.

Derrick Amponsah was arrested following a report and he subsequently admitted his guiltiness in his caution statement by the Police.

He was arraigned and pleaded guilty to two courts of assault and defilement .

Both acts contravene Sections 84 and 101 respectively the of Criminal Offences Act, Act 29 of 960. The court presided over by Her Honour, Joyce Boahen convicted him on his own plea.

Please drop down all your comments in the section given below, to share with us.

Don’t forget to hit the +follow button as mentioned at the top right corner of your screen for more updates.

Content created and supplied by: Quik.news_ (via Opera
News )