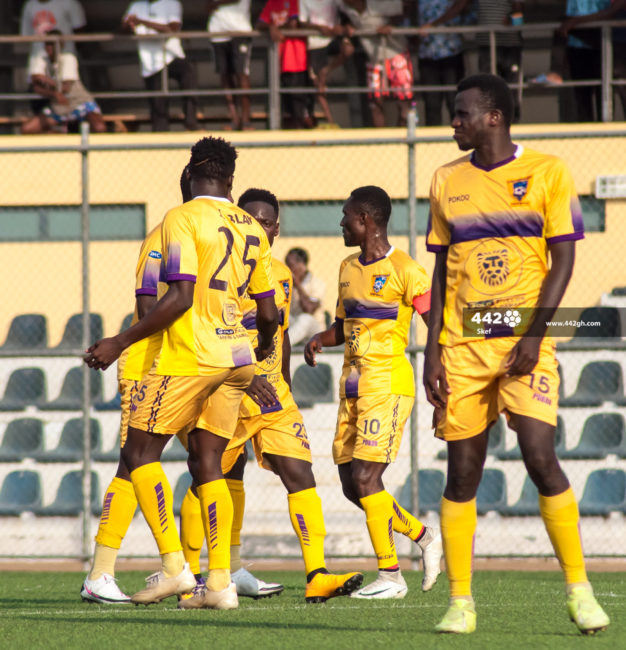 The matchday 30 games of the 2021/22 Ghana Premier League have ended at the various stadia with some intriguing results.

The games kicked off on Saturday with Great Olympics hosting Medeama SC at the Accra Sports Stadium.

The Wonder Club suffered a 2-1 defeat to the Yellow and Mauve side in their backyard.

Hearts of Oak, who are the reigning champions of the Premier League were to play away to Techiman Eleven Wonders at the Ohene Ameyaw Park but a breakout of communicable disease at the camp of the Phobians forced the game to be called off.

In the Sunday games, at the Theatre of Dreams in Dawu, Dreams FC were held to a 1-1 draw against relegation-threatened West African Football Academy [WAFA].

At the Nana Fosu Gyeabour Park, Bechem United were to a goalless game by high-flying Legon Cities.

Elmina Sharks at the Ndoum Sports Complex suffered a 3-1 defeat to AshantiGold SC.

Karela United at the CAM Park were held to a 1-1 draw by Kumasi King Faisal.

Asante Kotoko at the Baba Yara Stadium were pipped by a lone goal by Berekum Chelsea.

Despite the defeat, the Porcupine Warriors lead the log with 56 points with Medeama SC, Bechem United, and Hearts of Oak sitting in the 2nd, 3rd, and 4th positions with 50, 49, and 47 points respectively.