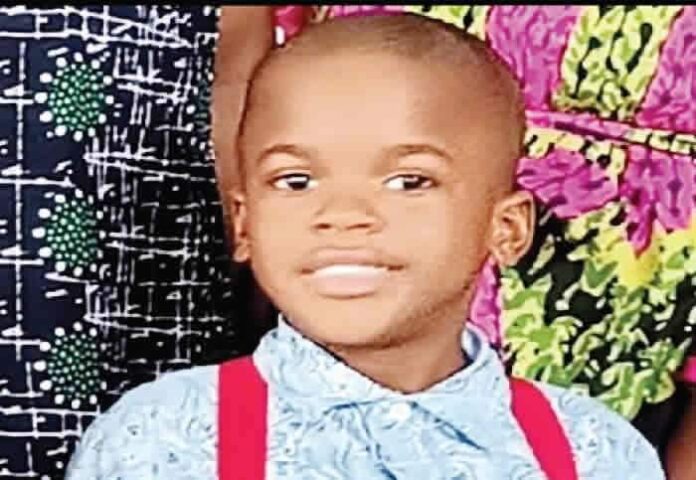 Chidera Eze, a five-year-old student of the Redeemers Nursery and Primary School in Ogba, Lagos State, drowned during a swimming session organized by the school in the state’s Ikeja district.

PUNCH According to Metro, some of the school’s teachers and carers took Chidera and his classmates to the Ivory Health Club on Ogundana Street in Ikeja for a swimming session.

Chidera and his teammates were reportedly playing at the pool’s edge when he fell in.

On Wednesday, his father, Anthony, told our correspondent that the teachers, carers, and lifeguards were unaware that their son had fallen into the pool until he perished.

“On Monday morning, I left my children off at the Redeemers Nursery and Primary School on Acme Road, Ogba, and proceeded to work,” he stated. Mrs. Adeola Oladipo, their head teacher, called me at 10.52 a.m. to inform me that my son had been in an accident and had been rushed to the Ikeja Medical Centre.

“My wife walked in while I was crying; I was trying to manage the information, but the head teacher had already informed her, and as she hurried into the hospital, I was completely disoriented.” We went to the club after I went to the Area F Police Station and the officer took images of my son’s body.

“When we arrived, we noticed that they had taken the students to the adult swimming pool portion.” I was frightened, and while the cops were investigating, we discovered that the club had CCTV installed. So we wanted to see the surveillance film, which revealed everything.

Anthony stated that the tape proved that his son was in the pool for more than 30 minutes before he died, and that his son’s body was recovered by another swimmer.

“We observed in the tape that the school collected over 15 children, led them to the adult side of the swimming pool, and forced them to sit at the tip with their legs in the water and without any protective equipment,” he stated. Only one caregiver was visible in the video, and she was simply moving in and out, leaving the children alone.

“When my son slipped into the pool for the first time, he was towards the back of the line, but he was able to pull himself out.” He couldn’t get out the second time he fell into the water. All of this occurred while none of the teachers, caretakers, or lifeguards were paying attention.

“My son was submerged for more than 30 minutes, and we were all screaming while watching the video.” Another student went into the water, but her classmates raised the alarm and brought her out, and no one realized my son was in the water during this time. “My kid died as a result of the carelessness of those who were meant to look after him.” “I want justice to prevent something like this from happening again. The caregivers, lifeguards, school administration, and the Ivory Health Club must all be held accountable. The body of my son has been taken to the mortuary. “

Content created and supplied by: Updates.gh (via Opera
News )