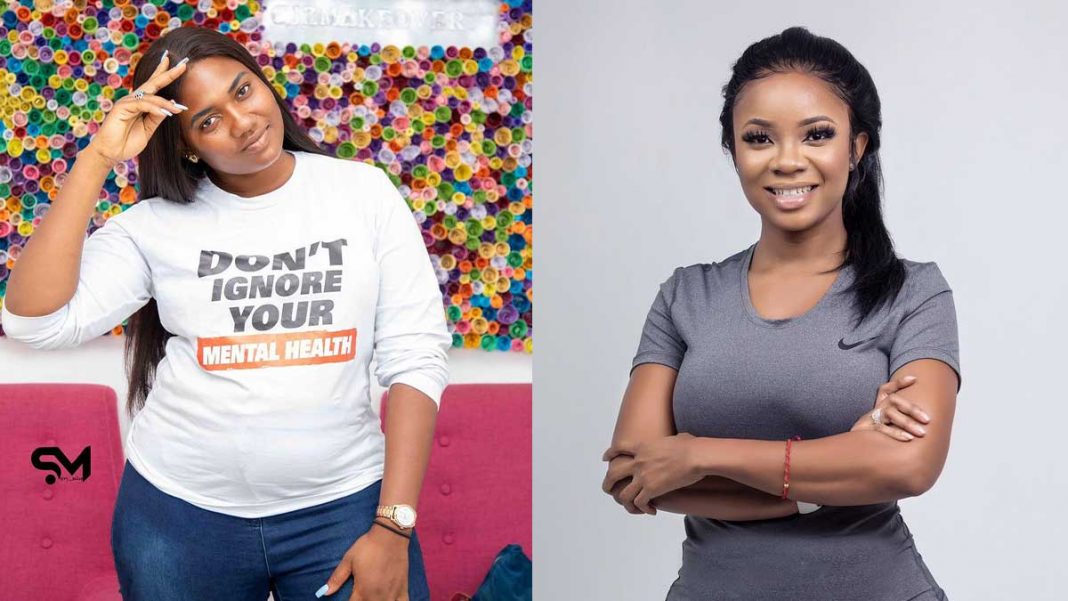 Abena Korkor has revealed that she is not in any way at loggerheads with popular newscaster, Serwaa Amihere and their sour relationship goes deeper than what people often comprehend.

In an interview with Mona Gucci on her Onua Tv Biribi Gygye Wo’ show, Bena Korkor noted that she doesn’t hate Serwaa Amihere but they just happen to date the same men.

Abena Korkor on the show explained her relationship with Serwaa Amihere amidst talks by social media users that she envies her.

According to the self-acclaimed mental health advocate, contrary to what people think about the relationship between herself and Serwaa Amihere, she only attacks her when she goes into a relapse mode.

She described Serwaa Amihere as her rival saying that they have dated the same men in the past.

“It looks like the guys she has dated, I’ve dated the same guys before so people presume I have an issue with her and her sister. They are hardworking girls I admire and I can even go to them and learn from them but they feel I have issues with them,” she told Mona Gucci.