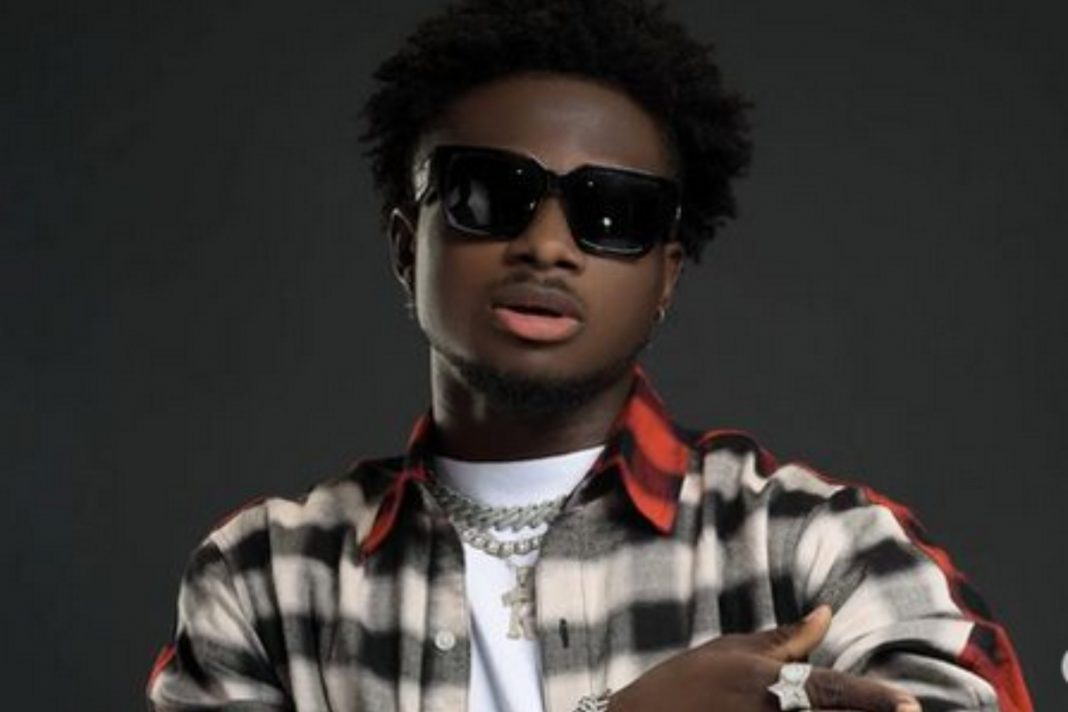 Ghanaian Afro-Highlife musician, Eugene Kwame Marfo, widely known as Kuami Eugene has revealed that it is illegal for people to perform his songs for money without seeking his consent or permission.

Speaking in an interview with Kwadwo Sheldon, Kuami Eugene stated that he feels honored and blessed when people copy his image and replicate his lifestyle on social media and in real life because people are just expressing themselves and the love they have for him.

He mentioned that some people sometimes go wayward trying to impersonate his lifestyle and there are some musicians in Ghana who people have never tried copying them, hence he feels blessed when he comes across such things on social media.

However, Kuami Eugene mentioned it is illegal for any of his lookalikes to perform his songs for money, hence such incidents should be reported to him even though he will not get them arrested.

In other news, award-winning Ghanaian rapper, Ruth Eno Adjoa Amakwah Nyame Adom, affectionately known as Eno Barony has poured out her frustration about the struggles of female rappers in Ghana.

In an interview on Okay FM’s Ekwasodwodwo segment with the ace broadcaster, Gilbert Abeiku Aggrey Santana, the one-time best rapper of the year at the VGMAs stated that it has not been easy for female rap artistes to make it to the top in Ghana.

She stated that most parents would restrict their daughter from pursuing a career in the hip-hop community because of the perception nurtured about the nature of the job.

However, with the help of a few female rappers like herself and some of her colleagues, she has been able to disprove those assertions and carved the path for other women who wish to venture into rap.