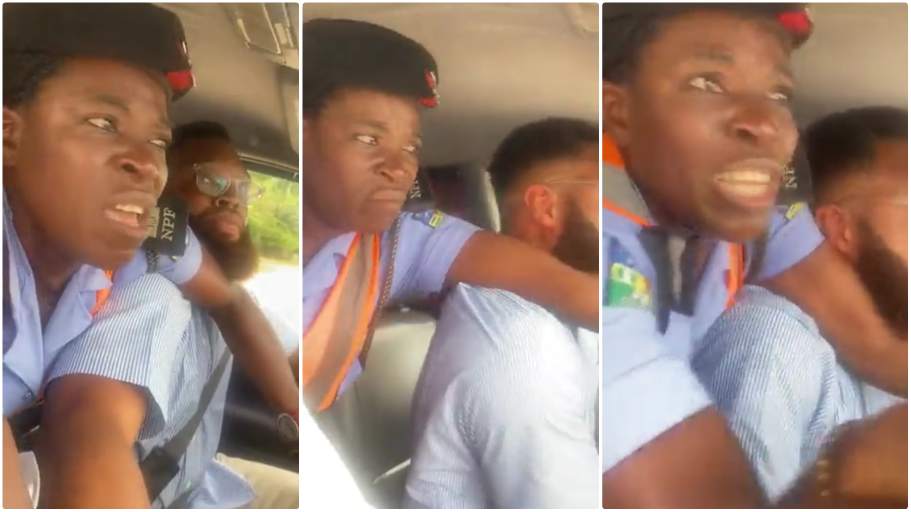 Policewoman cries out as motorist zooms off with her in his car after she reportedly entered without permission.

In Nigeria, many people seem to have lost faith in uniformed men despite the common term that police is our friend.

READ MORE :Man nearly broke his neck while salivating on a lady’s assets in the gym [watch]

For this reason, a lot of policemen and women are disregarded especially if they are doing something illegal or trying to cheat an individual.

Some policemen and women have become a thorn in the flesh of drivers as they use every opportunity to bill and extort them.

Many drivers already seem fed up of this act and they take things into their own hands.

Just recently, a policewoman was caught on tape yelling for help from a car as the motorist sped away with her in the passenger seat.

In a now viral video, the police officer who had reportedly entered the man’s car without consent is seen dragging the steering with the driver as she yelled out for help.

Although it is unclear what happened between the two, the uniformed woman stated that the motorist was driving her to an unknown location.