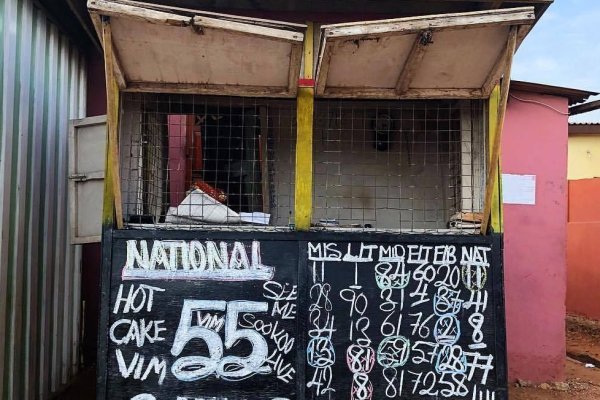 Tema, May 18, GNA – The National Lottery Authority (NLA) has rolled out policies to dig out illegal lotto operators in the country; the authority is ready to enforce the provisions in Act 722 and Act 844.
“You cannot operate illegal lotto business in the country,” Mr. Samuel Awuku, NLA Director-General stated during a ceremony to grant an operating license to 12 private lotto companies.
Mr Awuku said a task force would be deployed to hunt for illegal lotto operators, confiscate equipment and items and hand them over to the police to face the full rigours of the law.
He said the action forms part of broader measures lined up to streamline the operations of the lotto operation in the country.
The NLA Director-General congratulated the 12 operators for making the effort to license their activities under the Authority; “this is good news for us at NLA, at least it will help bring sanity into the lotto industry, we hope that as time goes on others will join and regularize their activities”.
Mr Awuku explained that activities such as manufacturing, distributing, selling, or retailing lotto products and services without authorization from the NLA are unlawful under Act 722 and L.I. 1948 hence the need to enforce it.
Torgbui Francis Nyonyo, NLA Board Chairman also commended the Private Lotto Operators for receiving their licenses to operate legally.
He encouraged them to abide by the rules and regulations of the contract and assured them that the Board of Directors would adopt various business models to improve on the benefits when their contract is due for renewal.
The 12 Private Lotto Operators (PLOs) who have signed the contract would now operate under the umbrella of the NLA; the contract is valid for one year – from January 1st, 2022 to December 31st, 2022.
The Authority said PLOs who want to operate under the 5/90 Game under the National Lotto Act 2006 (Act 722) would pay an amount of GH¢1,500,000.00 while those who want to operate under the Veterans Administration (VAG) Act 2012 (Act 844) would pay an amount of GH¢500,000.00 with those who will operate both paying an amount of GH¢2,000,000.00.
It added that PLOs operating under Act 722 are required to pay an amount of GH¢ 100,000.00 in support of the NLA’s Good Causes Foundation while those operating under Act 844 will pay an amount of GH¢50,000.00.
The NLA would issue these registered operators with Identification Cards and Point of Sale Terminals to facilitate their work.
The PLOs operators under Act 722 are: Zacdow Company Limited, Glovita Lottery Limited, Zinbax Construction Limited, From Home Company Limited, Miwo Kakra Yebedi Nti Limited, Accurate Giant Limited, Wulucky Ghana Limited, and Sadaco Hope Lottery Ghana Limited.
The operators under Act 844 are Obiri Asare and Sons Limited, From Home Company Limited, Fortune Synergy Limited, and Wulucky Ghana Limited