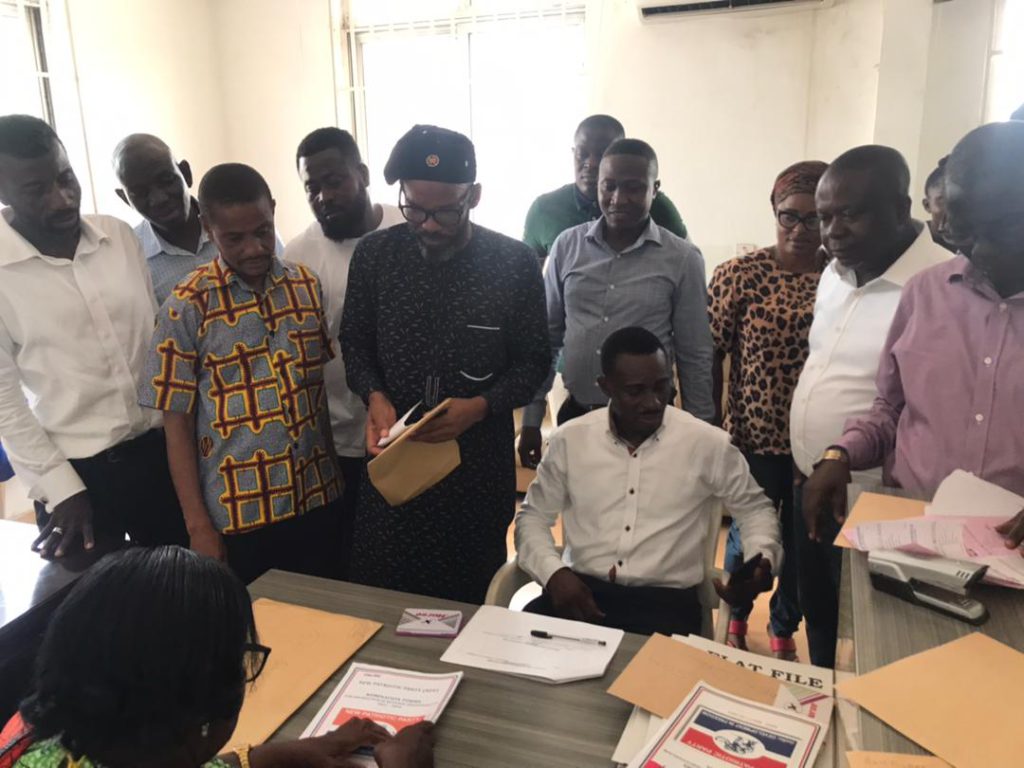 The move, according to Hon. Adam is because Hon. Parker has what it takes to lead the operations of the party in the region.

He said, “Hon. Odarlai Parker has served at the Polling station, Electoral Area, Constituency and now the region. In addition to that, he has served under the leadership of great party stalwarts like Dr. Lord Commey, Hon. Dan Botwe and Hon. Albert Afaglo.”

He added that, “it will be suicidal to the region should we loose him as the Regional Secretary moving into the 2024 general elections based on his experience, exposure and technical know how in politics.”

Constituency Secretary for Dome-Kwabenya, Theophilus Ansah Larbi praised Odarlai Parker for his unique style of leadership and called on other Constituency Executives to campaign vigorously to help maintain him as the Regional Secretary.

Looking at those who want to vie for the position, Parker stands tall because of his experience, hard work, courage and trustworthiness.

The Regional Secretary, Mr. Odarlai Parker received the forms and thanked his colleagues for their kind gesture.