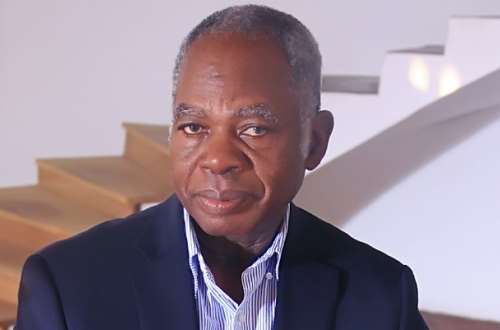 The former leader of the People’s National Convention (PNC) Dr. Edward Mahama, has debunked claims by the party’s 2020 Flagbearer David Apasera, that he is refusing to meet with the leadership of the party to help find solutions to end the chaos in the party.

In an interview with Asaase FM, Dr. Mahama said he desired peace within his party.

“It saddens me that the party is divided like this. It is my hope and desire that they will find a way to move the party forward.”

Mr. Apasera had said Dr. Mahama was responsible for the current turmoil within the party.

He also indicated that despite efforts to get Dr. Mahama to help reconcile the feuding factions to unite the party, he has refused.

“When he [David Apasera] took over from me, he came to my office and I handed over the party vehicle which was with me to him. Since that day, I haven’t heard from him. I haven’t seen him.”

Responding to the comments, Mr. Apasera said he had made unsuccessful attempts to meet with Dr. Mahama.

He also said Dr. Mahama was complicit in the rift within the party.

“Dr. Mahama still holds to his faction and calls them to come to take decisions,” Mr. Apasara claimed in a Citi News interview.

“The way forward is for us to abide by what the constitution says because, now, you are not NEC, but you sack the people who were there when the party was formed.”

“We are prepared to fight this in the way we can,” Mr. Apasera added.

The rift within the PNC has culminated in Mr. Apasera and the party’s National Chairman, Moses Danibaah, being dismissed from the party.

The party previously suspended the two over allegations of misconduct and embezzlement of party funds to the tune of GHS 1.7 million.