We will protect public from high tariffs—PURC assures 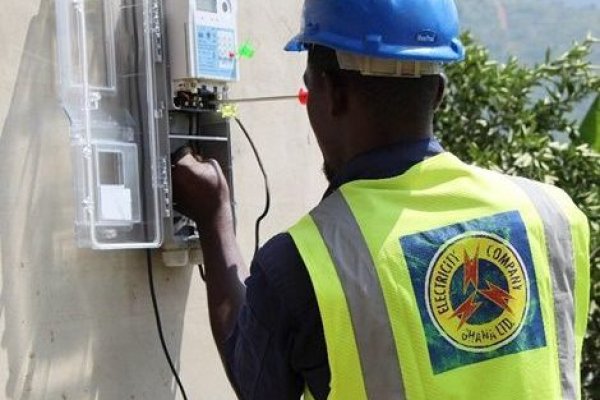 Accra, May 18, GNA – The Public Utilities Regulatory Commission (PUCR) says it will protect consumers of electricity and water against high tariffs by utility service providers.
The Commission pledged to ensure that utility service providers did not transfer their incurred loses to consumers to worsen their plight in the midst of Ghana’s current economic hardship.
Dr Ishmael Ackah, Executive Secretary of PURC, told the Ghana News Agency on the sidelines of a public hearing in Accra that it was still early to give an indication that there would be an increase in tariffs come July.
However, he noted that the Commission would critically analyse the proposals made by the service providers and match them against benchmarks set for them before making any consideration.
The benchmarks include allowed losses and the impact of the current economic situation on both consumers and the operations of utility services, efficiency of services provided, and government policies.
He said: “ECG, GRIDCo, VRA and others are allowed a certain percentage of losses. ECG for instance at the last tariff, it was 22.6 percent. Last year, they made a loss of 29 percent, which is more than PURC’s benchmark. So, are we going to sit down for them to pass the extra to the consumers? The answer is no.”
“So we’ll take all the benchmarks and map it up against what they’re requesting for and make a decision. We sit between the utility service providers and the customers and we want the customers to be happy and pay competitive prices. At the same time, we also want to make sure that the service providers are financially viable,” he added.
Dr Ackah hinted that by the end of May 2022, the Commission would have a figure for tariffs for this year, and make further consultation with the service providers, known as “formal hearing.”
“We’ll take each item and see whether we can approve, reduce or we can reject. Until that process is completed, it will be very difficult to say we’re maintaining, increasing or reducing tariffs,” he emphasised.
Some consumers the GNA interacted with kicked against the proposal of high increment in electricity and water tariffs, urging the service providers to address their inefficiencies and improve service quality before proposing increased tariffs.
Mrs Elizabeth Tagoe, Greater Accra Regional President, Ghana Corporative Fashion Designers Association, said: “Things are not easy in terms of increment of virtually everything; fuel, transport, and food prices, and if we should accept the increment that the Utilities are proposing, it will make things more difficult for us to bear.”
“For now, they should put aside the proposed high increment in tariffs and look at the loopholes in their operations; where they have their faults, mend it and generate income from where they don’t collect their bills,” she said.
Mr Abraham Ayim Eklement, Regional Training Coordinator of the Association added that their businesses were being affected by the inefficiencies in the operations of the service providers.
He said: “Once they’re not giving you the right service, definitely, it will affect whatever you’re doing; production will come down because if you don’t have light to produce, you can’t make earnings.”
He added that: “The tariffs they’re proposing is too much. Already, a lot of people are not able to pay the current one that’s why there are illegal connections as well. I don’t think they need more money to correct the problems they’re finding themselves in. they need to make sure that they get the right people to do the work.”
“Once they’re rendering a very good service, definitely, when we’re paying, we know that we’re paying for something that we’ve enjoyed,” Mr Eklement emphasised.
Nana Yaw Fayah, National Vice Chairman of the Progressive Transport Owners’ Association (PROTOA), asked the service providers to ensure that their workers were on the grounds to collect their due revenue from consumers.
He said: “I’m not saying that they shouldn’t have an increment, but they should collect all their monies at the lower level. The work is in the villages and other small towns, they should go there to collect their money and not sit in their offices.”
The Ghana Water Company Limited (GWCL) and Electricity Company of Ghana (ECG), have proposed an increment of 334 percent and 148 percent in water and electricity tariffs, respectively for 2022.
The Northern Electricity Distribution Company (NEDCo) has proposed a tariff increment of 113 percent, Ghana Grid Company (GRIDCo), 48 percent, and Volta River Authority (VRA) 37 percent.
The proposed increment is to enable them to recover their investments, expand their operational capacity, sustain their operations, and offer quality and affordable electricity and water to both household and industrial consumers in the country.
They argued there had been a significant gap between the actual cost of recovery tariff and the tariff approved by the PURC for many years, which needed to be corrected with the proposed increment.