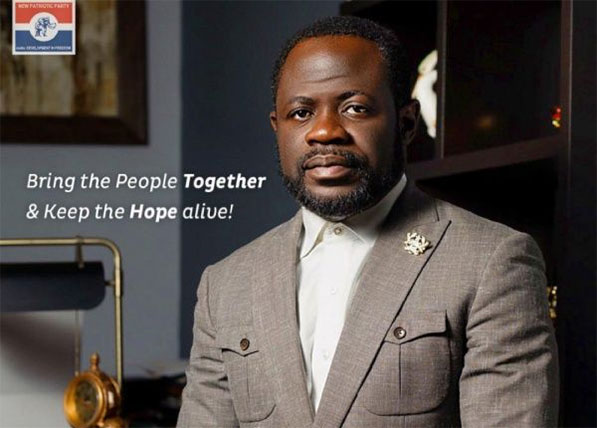 THE NEW Juaben North Constituency Chairman of the ruling New Patriotic Party (NPP), Kwadwo Boateng-Agyemang, has thrown his hat into the ring for the regional chairmanship position of the party.

Mr. Boateng-Agyemang, who was recently re-elected as the constituency chairman for the fourth time running, decided to migrate to the regional level following the last minute decision of the incumbent regional chairman, Kingston Akomeng Kissi not to seek for re-election at the regional level.

According to report, the incumbent Regional Chairman, Kingston Akomeng Kissi declared his intention to contest the vice chairmanship position at the national level.

Kwadwo Boateng-Agyemang, who was re-elected constituency chairman for the New Juaben North on April 30, 2022, yesterday filed his nominations for the regional chairmanship position.

He has been a pillar of the party not only in the New Juaben North Constituency, but the region as a whole.

With the entry of Mr. Boateng-Agyemang into the race, he will square it up with the incumbent Regional Secretary, Jeff Konadu, who has been campaigning for the regional chairmanship position.

Kwadwo Boateng-Agyemang is an astute communicator representing the NPP on various media platforms, selling the achievement of the Akufo-Addo-led government.

“As the Chairman of Chairmen in the Eastern Region, I understand the dynamics of the region and have the experience to help the NPP break the 8 in 2024,” he stated.

Having won the constituency elections for the fourth time, Mr. Boateng-Agyemang is convinced the delegates are confident he will do a good job.

The 53-year-old has served the NPP in the Eastern Region in various capacities, a campaign coordinator for former Member of Parliament for New Juaben North Constituency, Hackman Owusu Agyemang, in 2007.

Chairman Boateng has been a constituency chairman for New Juaben North for the past 12 years.

He was Internal and International Relations Manager for Eastern Region NPP campaign team in the 2020 general elections.

The regional executive election has been scheduled for Friday, May 27 through to Sunday, May 29, 2022.