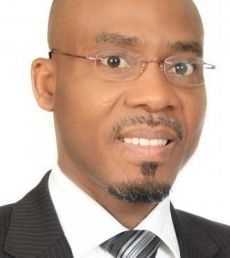 A General Secretary hopeful of the New Patriotic Party, Musah Superior has called on TESCON members to remain loyal and committed to the Party. He said TESCON is a special purpose organ of the Party which has played a key role in the development of the Party since its establishment but lamented that it is operating at zero strength. He called for a holistic review of the operations of TESCON to make it strong and purposeful.

Musah Superior called on the leadership of the Party to pay more attention to the activities of TESCON and resource it reasonably to continue to play a more effective role as “we get set for the most crucial” elections since 1992.

The NPP General Secretary aspirant said this when he addressed TESCON members of the Mampong Campus of the Akenten Appiah-Menka University of Skills Training and Entrepreneurial Development (AAMUSTED) on Sunday.

Musah Superior urged TESCON to put the Party first at all times in their activities and work extra hard in their various universities and communities to ensure that we re-energize the base of our Party and work as one strong unit in the campaign leading to the 2024 elections.The General Secretary hopeful stated that “the 2024 elections will not be an easy one. It will be difficult. I disagree with anyone who says or thinks we can win it on a silver plater”. He said, winning elections 2024 will require the kind of work and the mobilization effort the Party undertook in the maiden elections of the Fourth Republic in 1992. “We won in 1992 but the NDC stole it and it took only six months to organize and win”. This according to Musah Superior was the biggest mobilization effort of the NPP since 1992.

Musah Superior criticised the current leadership of the Party for the apathy and depondency in the Party and called on the Party delegates to the July Congress to examine the plans and policies of all the aspirants and vote for the right people. He said if the Party gives the mandate to incompetent people, the Party will suffer and will not be able to win the 2024 polls.

The General Secretary hopeful reminded the crowd that, “Presidential candidates don’t win elections”. Elections he said are won by political parties. He pointed out if you choose the most intelligent and charismatic Presidential candidate and your Party is weak, unmotivated and hopeless, it cannot win.

Musah Superior spoke about the need for unity and calm in the Party and called on supporters of the Presidential aspirants to conduct themselves well and not do anything to undermine the unity and cohesion of the Party.

“The NPP polling stations executives and other delegates will decide who will hold our flag for the 2024 elections and when that decision is taken, we shall all rally behind him to defeat the NDC”, he said.